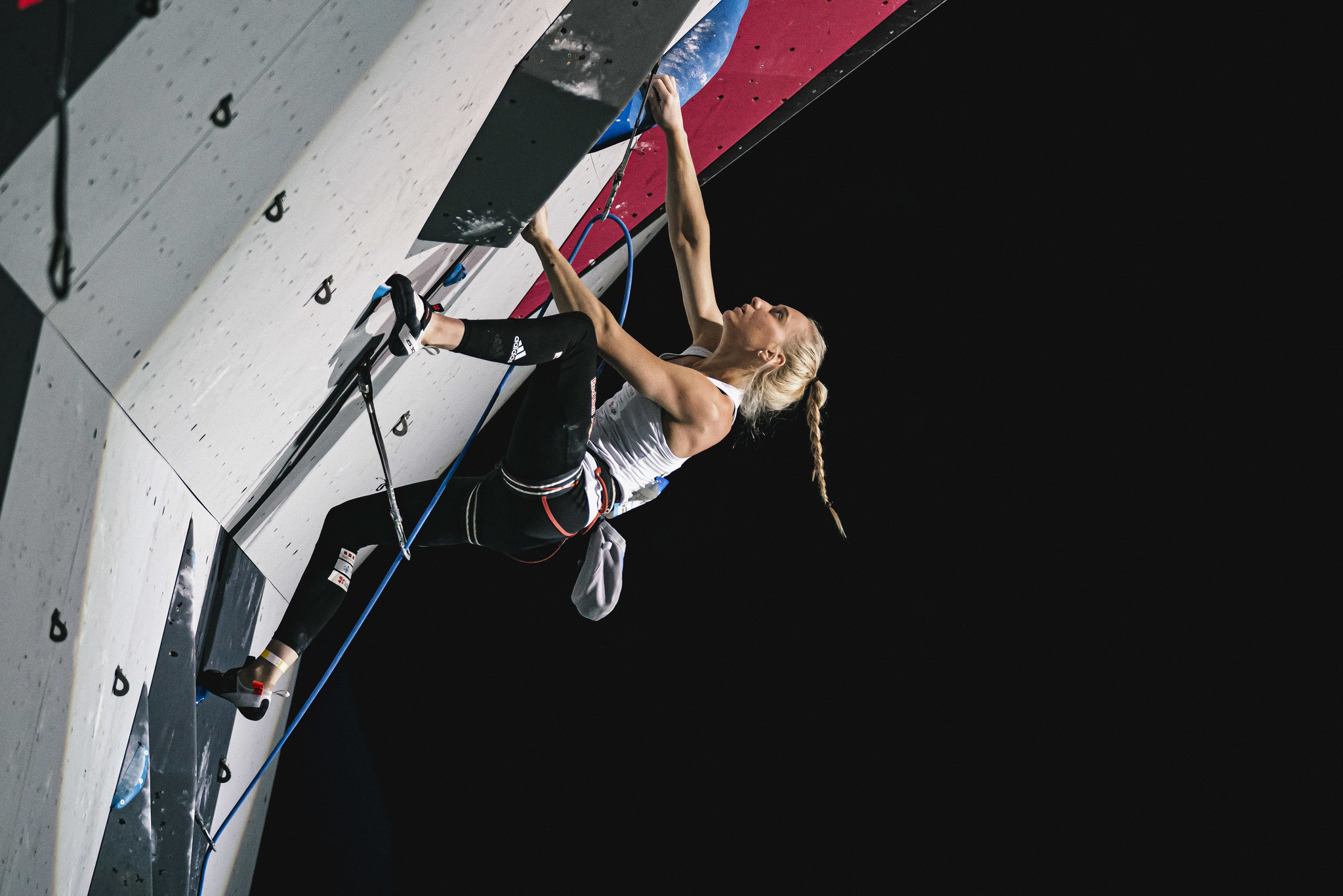 The 22-year-old Slovenian, who already has six world titles - two in lead, two in bouldering, two in combined - has now earned four IFSC World Cup victories, following the win in Switzerland and last week's exploits across the Austrian border.

Both she and Italian Laura Rogara clipped at the top of their routes, but Garnbret got the gold by dint of her semi-final victory.

Bronze was claimed by the United States' Natalia Grossman.

Garnbret's focus now turns to the Tokyo 2020 Olympics, where the combined discipline is on the programme.

SEAN BAILEY ?? WINS IT IN VILLARS!

The US-athlete is the second climber – the other one being Janja Garnbret – to walk on the highest step of both the Boulder and Lead podium this season.#VillarsWC #ClimbingSurOllon pic.twitter.com/Y7oSCJq98p

Earlier in the evening Sean Bailey of the United States had won the men’s lead event and his compatriot Colin Duffy was third.

Nobody secured the top hold, but a score of 38 was enough for Bailey to win, with Megos getting 35+ and Duffy 31+.

The next IFSC World Cup, offering lead competition, is due to start in Chamonix in France on July 12.