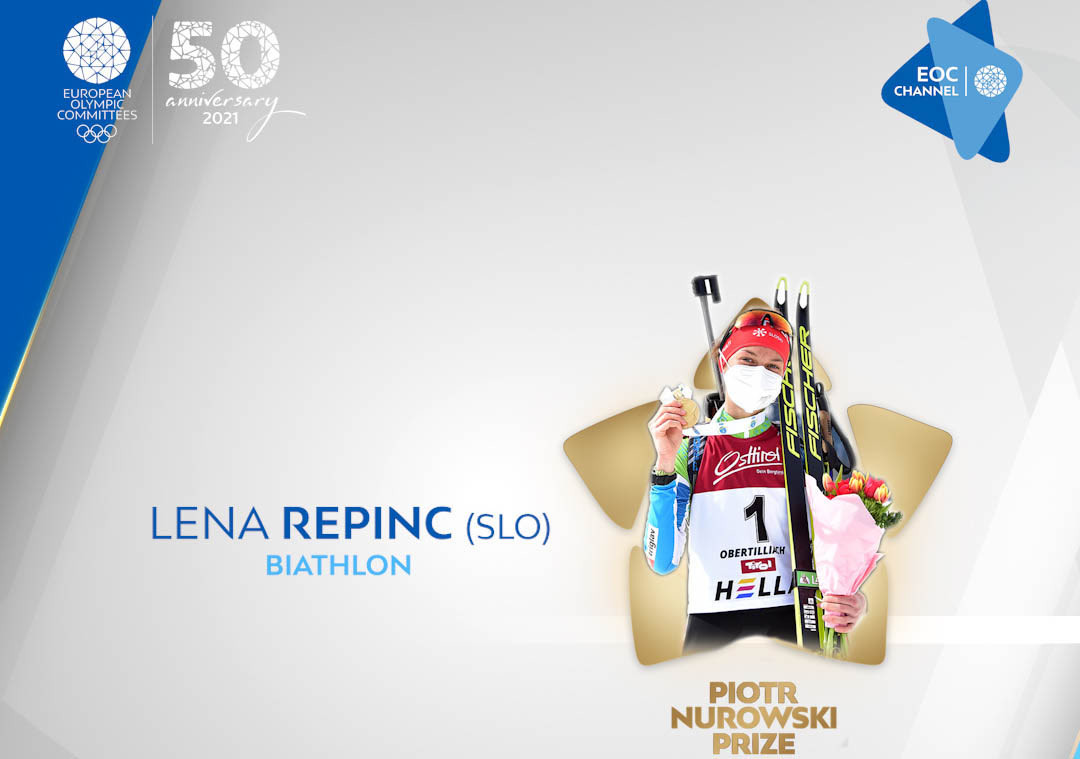 Slovenian biathlete Lena Repinc has been named the winner of the European Olympic Committees (EOC) Piotr Nurowski Prize for the best young winter sport athlete on the continent.

Repinc, who won two gold medals at the Youth/Junior World Championships on home soil in Pokljuka in March, received the award following a vote at the EOC General Assembly in Athens.

Junior world slopestyle champion and Youth Olympic gold medallist Poppe finished as the runner-up and Ljutic, who claimed two victories on the International Ski Federation Europa Cup circuit in the 2020-2021 season, was third.

"When I was very young I was terrible at sports and I would never even dream of winning a prize like this," said Repinc.

"But success is only 10 per cent talent and 90 per cent hard work.

"So in the last couple of years I have really trained hard and made lots of sacrifices to be at the point I am right now."

Considered one of the most talented young biathletes of the last decade, Repinc went on to compete at the senior World Championships following her success at the junior event.

She began practising biathlon at the age of 11 and also participated in cross-country skiing.

The award is named after Nurowski, the former President of the Polish Olympic Committee, who died in 2010 in a plane crash in Russia.

The EOC created the summer award in his honour in the same year and introduced a winter prize in 2016.