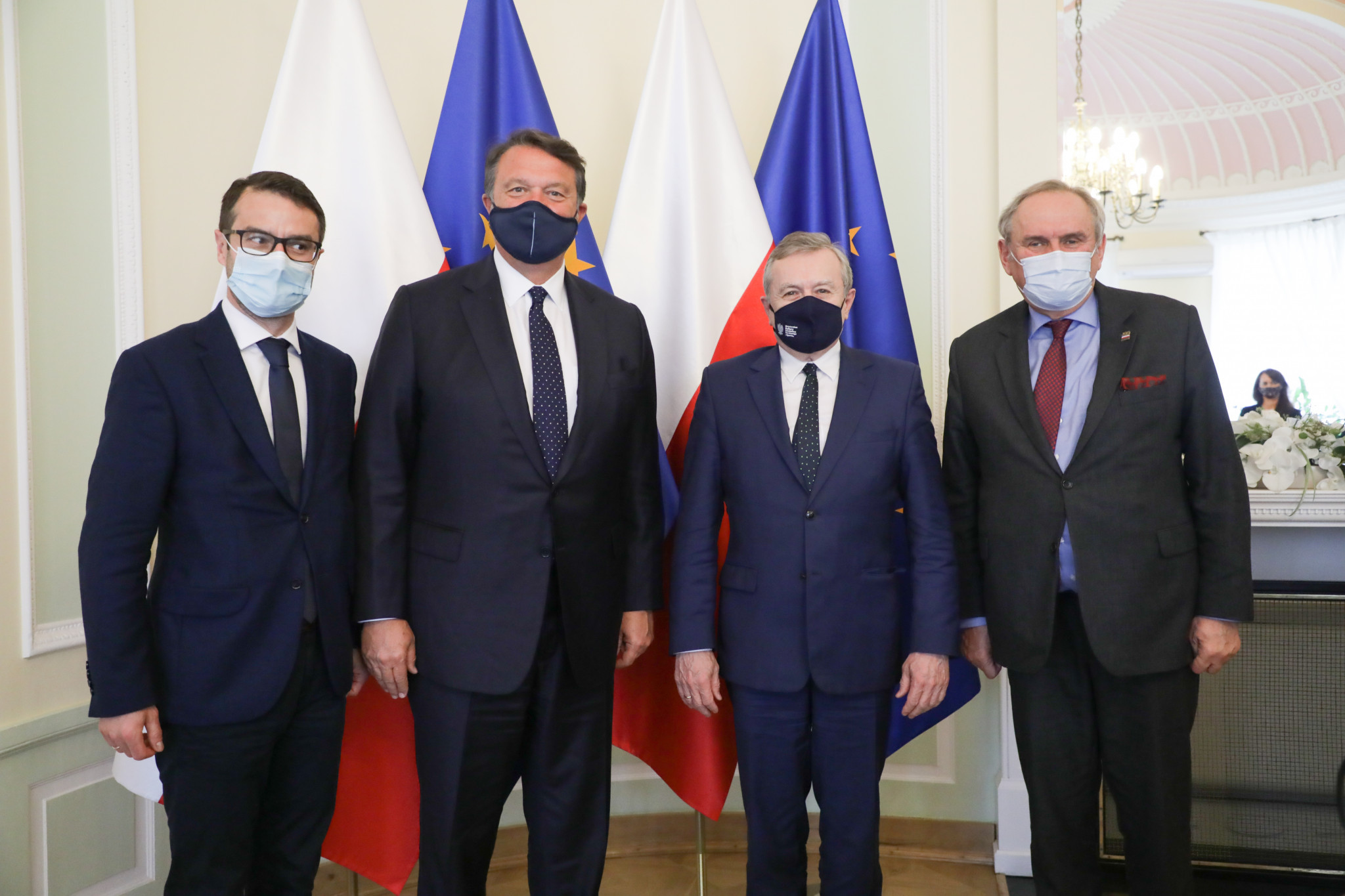 Poland’s Deputy Prime Minister Piotr Gliński has said the country is prepared for the challenge of hosting the third edition of the European Games in 2023.

Kraków-Małopolska was unanimously chosen to host the event by the European Olympic Committees (EOC) in 2019.

No official or binding contracts regarding funding have yet been announced, but the EOC remains confident that Kraków will soon sign the binding host-city document.

Progress has reportedly been made by Kraków and the Polish Government on funding disagreements and investments required for the Games, which may pave the way for the contract to be signed.

Gliński, Poland’s Minister of Culture, National Heritage and Sport, gave further cause for optimism in a meeting with Hasan Arat, the head of the EOC Coordination Commission for the Games.

Gliński reportedly stressed that Poland was committed to hosting the third edition of the Games.

"Granting the role of the host of the European Games to the city of Krakow and the Lesser Poland Voivodeship and - we are waiting for the official confirmation of this information - to Silesia will undoubtedly contribute to the dissemination of a positive image of our country not only in Europe, but all over the world," Gliński said.

"We are ready for big organisational challenges, we declare our commitment and support for this project.

"Despite the difficult pandemic situation, we are organising four major sporting events this year.

"These experiences show that we are ready for big organisational challenges, including organizing athletics competitions during the third European Games."

Silesia is also expected to support the Games.

Officials from the region held talks with the EOC in March, with the 55,000-capacity Silesian Stadium eyed to host athletics competition at the Games, although the sport is not yet on the programme.

"Our resort makes every effort to ensure the best possible preparation conditions for players of the national team representing our country at international events," Gliński added.

"In 2023, we will focus especially on sports in which the European Games will become the European Championship and will qualify [athletes] for the Paris 2024 Olympic Games.

European Athletics are in talks with the EOC over athletics' potential inclusion.

Athletics at the 2019 European Games in Minsk took the form of an experimental European Athletics format known as Dynamic New Athletics (DNA) and involved 24 of the top 30 teams at the 2017 European Team Championships.

At the inaugural 2015 European Games in Baku athletics took the form of the European Team Championships Third League competition.

The European Games in Kraków and the Małopolska region are due to be held from June 21 to July 3 in 2023.