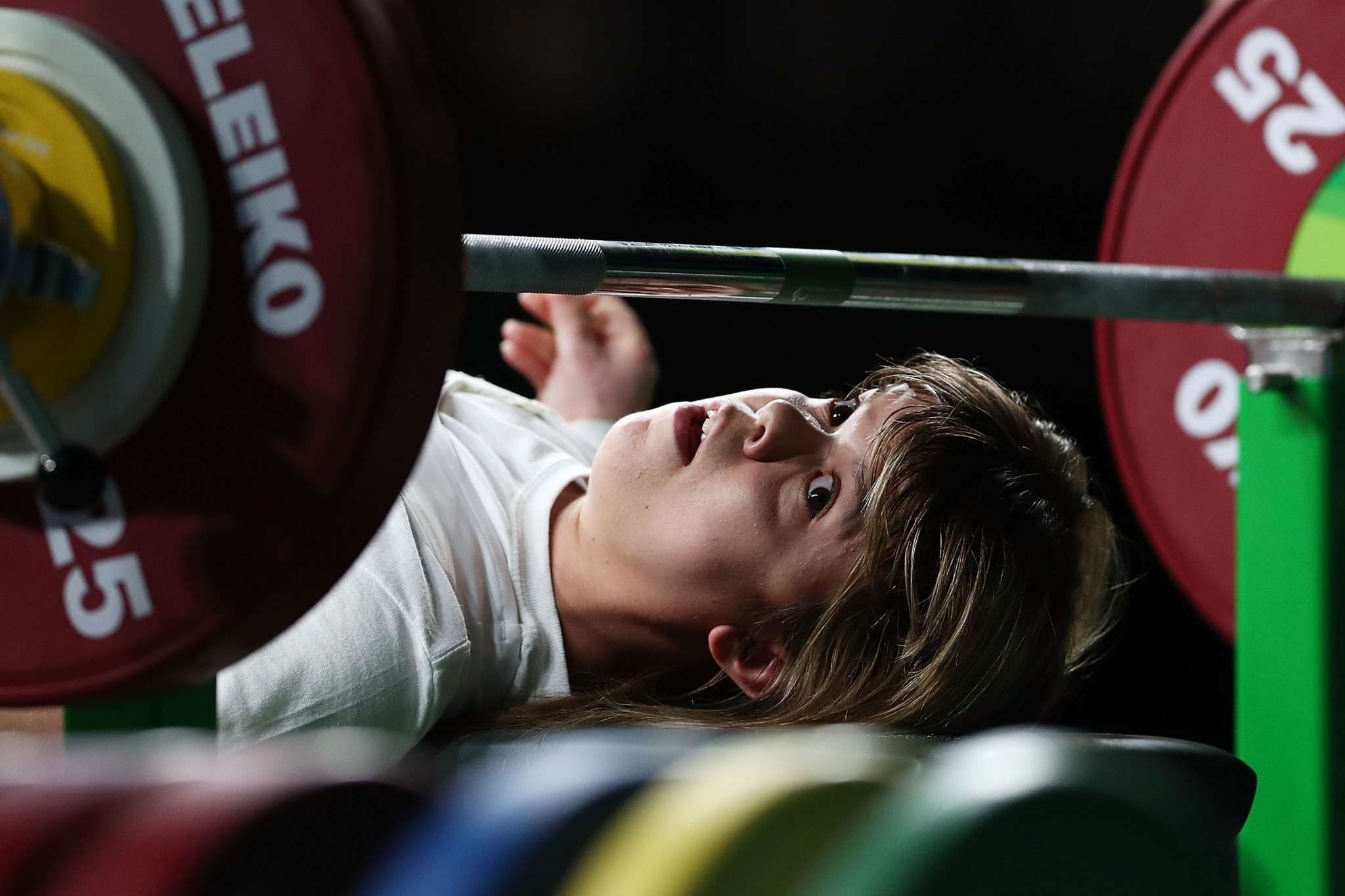 Zoe Newson got Britain off to a great start on the opening day of the World Para Powerlifting World Cup in Tbilisi in Georgia, winning the women's under-41 kilograms category.

Newson claimed the first women's gold medal of the event, with only 7kg separating the top four.

Newson lifted 95kg, just ahead of Ukraine's silver medallist Maryna Kopiika on 93kg and Lara Aparecida De Lima of Brazil, who won bronze with a best of 90kg.

Cristina Poblador of Colombia narrowly missed the medals with a best of 88kg.

Later in the day, Nazmiye Muratli of Turkey won the women's under-50kg gold with a best of 108kg.

Kazakhstan's Kabira Askarova won bronze with a best of 75kg.

Hungary's Nandor Tunkel won gold in the men's under-49kg with a lift of 155kg, marginally ahead of Azerbaijan's Parvin Mammadov who took silver with 148kg.

Turkmenistan's Maysar Olaymi won bronze with an effort of 100kg.

In the men's under-65kg category, Chile's Jorge Carinao claimed the gold medal with a best of 177kg.

Giuseppe Colantuoni of Italy won silver with a lift of 136kg and Georgia's Dadiani Temuri won bronze with a best of 85kg.

In the women's under-55kg, Ukraine's Mariana Shevchuk won gold with a best of 133kg, ahead of Turkey's Besra Duman on 121kg and Camila Campos of Chile on 112kg.

Alina Solodukhina led a Kazakhstan one-two in the women's under-45kg with a best lift of 80kg, ahead of Roza Dyussebayeva who lifted 54kg.

Belarus' Hanna Krychko won the bronze with an effort of 40kg.