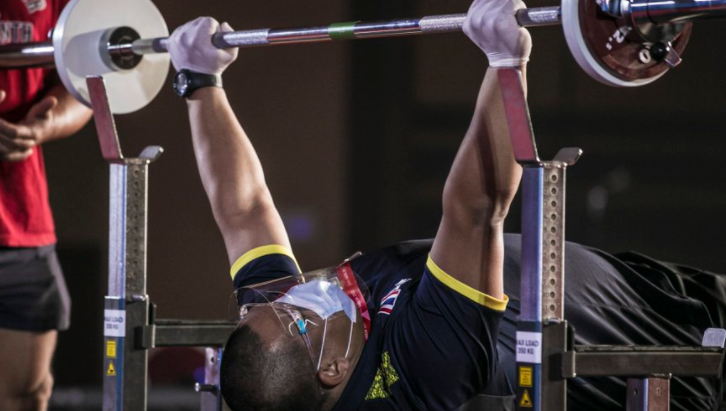 Thailand’s Beijing 2008 Paralympic bronze medallist Narong Kasanun was unable to live up to home expectations in the under-59 kilograms, being unsuccessful on all three lifts.

Kazakhstan’s Stanislav Shakiyev beat two home lifters to the men’s under-54kg title with an outstanding third round effort of 160kg.

?️ Take a moment and enjoy Iran's ?? Amir Jafari Arangeh winning lift in the men's up to 65kg.

The second session of lifting involved the men’s under-65kg class, where Iran’s Amir Jafari Arangah, who has a world silver from Mexico City 2017 and a world bronze from Nur-Sultan in 2019, was the main man.

Arangeh fully lived up to his reputation as he won gold with a personal best of 197kg in his second round.

Silver went to Kazakhstan’s Vladimir Nizavitin with 115kg, and Phutachat Panomkhet of the host nation took bronze with 107kg.

The third World Cup of the season continues tomorrow with six women’s events scheduled - the under-41kg, 45kg, 55kg, 61kg, 67kg and 73kg and two men’s events - the under-72kg and under-80kg - before competition is set to conclude on Saturday (May 8).