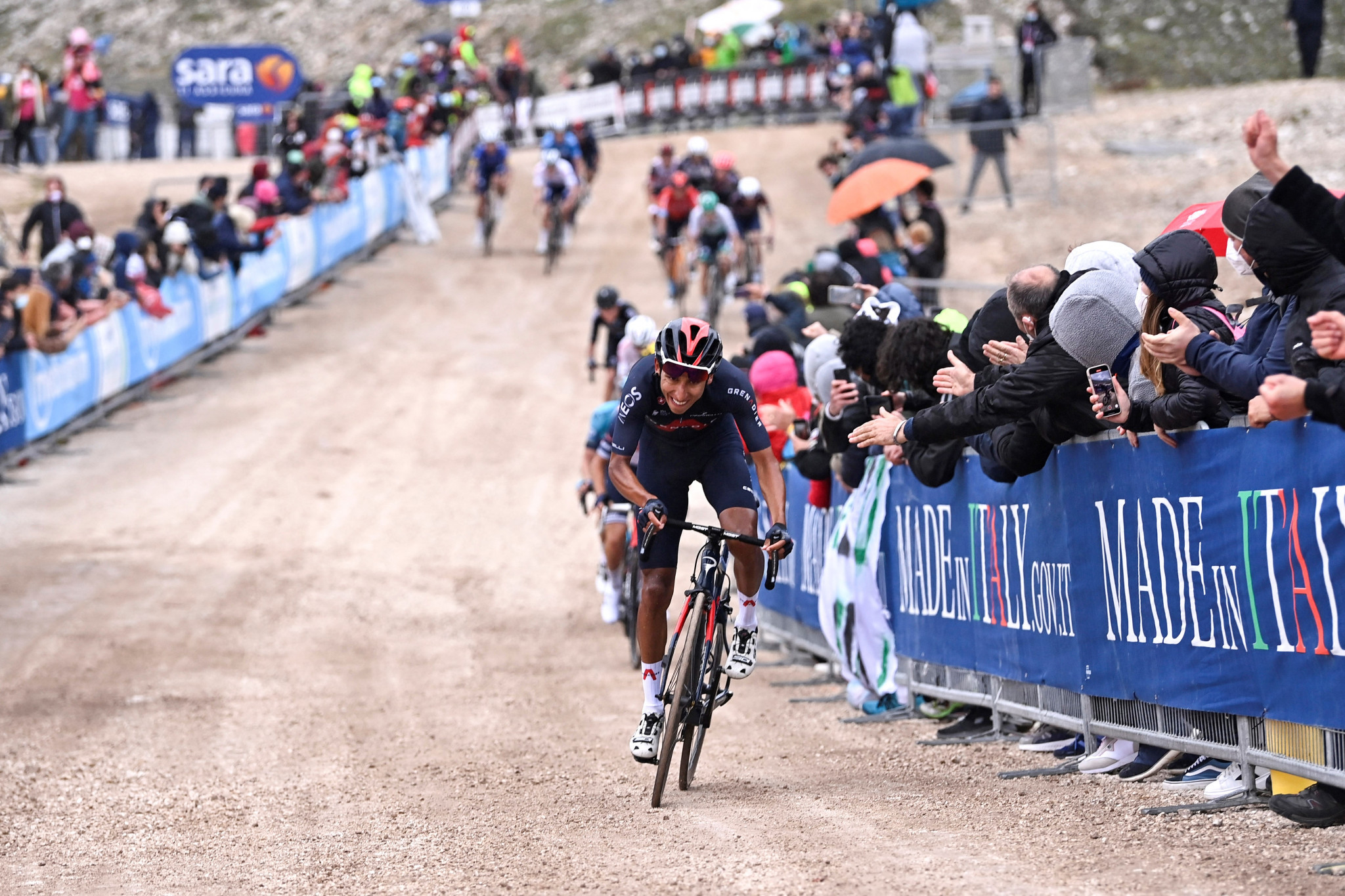 Colombia’s Egan Bernal earned victory on the ninth stage of the Giro d’Italia in Campo Felice to assume the overall race lead.

The Ineos Grenadiers’ rider produced an impressive attack on gravel roads at the conclusion of the 158-kilometre mountain stage, which took riders from Castel di Sangro to Campo Felice.

Bernal emerged from the general classification group and opened up an advantage ahead of the finish.

The Colombian swept past the final breakaway riders Koen Bouwman of The Netherlands and Canada’s Geoffrey Bouchard in the final kilometre.

The result marked a first Grand Tour stage win for Bernal, who has experienced back problems since winning the Tour de France in 2019.

"It's been two difficult years for me, mentally and physically," Bernal said.

"To win again is important for me and for the team.

"I thought there were still riders ahead.

"I became very emotional when I was told I had won.

"The last 1.5km on the gravel road was four minutes of pure suffering, without looking at the other riders.

"I still have some doubts about my back.

"I undergo physio treatment before and after each stage.

"For now, I just want to enjoy this win and the Maglia Rosa."

Bernal holds a 15-second advantage over Evenepoel in the general classification, with Vlasov and Ciccone lying 21 and 36 seconds behind the leader.

Hungary’s Attila Valter, who began the stage in the pink jersey, dropped to fifth at 43 seconds down after being dropped on the final climb.

The stage saw a dramatic incident involving Slovenia’s Matej Mohoric, who crashed on a downhill section.

The crash saw Mohoric’s bike split in two, while he abandoned the race after landing on his head.

His Bahrain Victorious team issued an update after the stage, saying Mohoric has undergone radiological diagnostics in hospital and is being kept under observation under the International Cycling Union concussion protocol.

Racing will continue tomorrow with a 139km stage from L’Aquila to Foligno, with a rest day following on Tuesday (May 18).