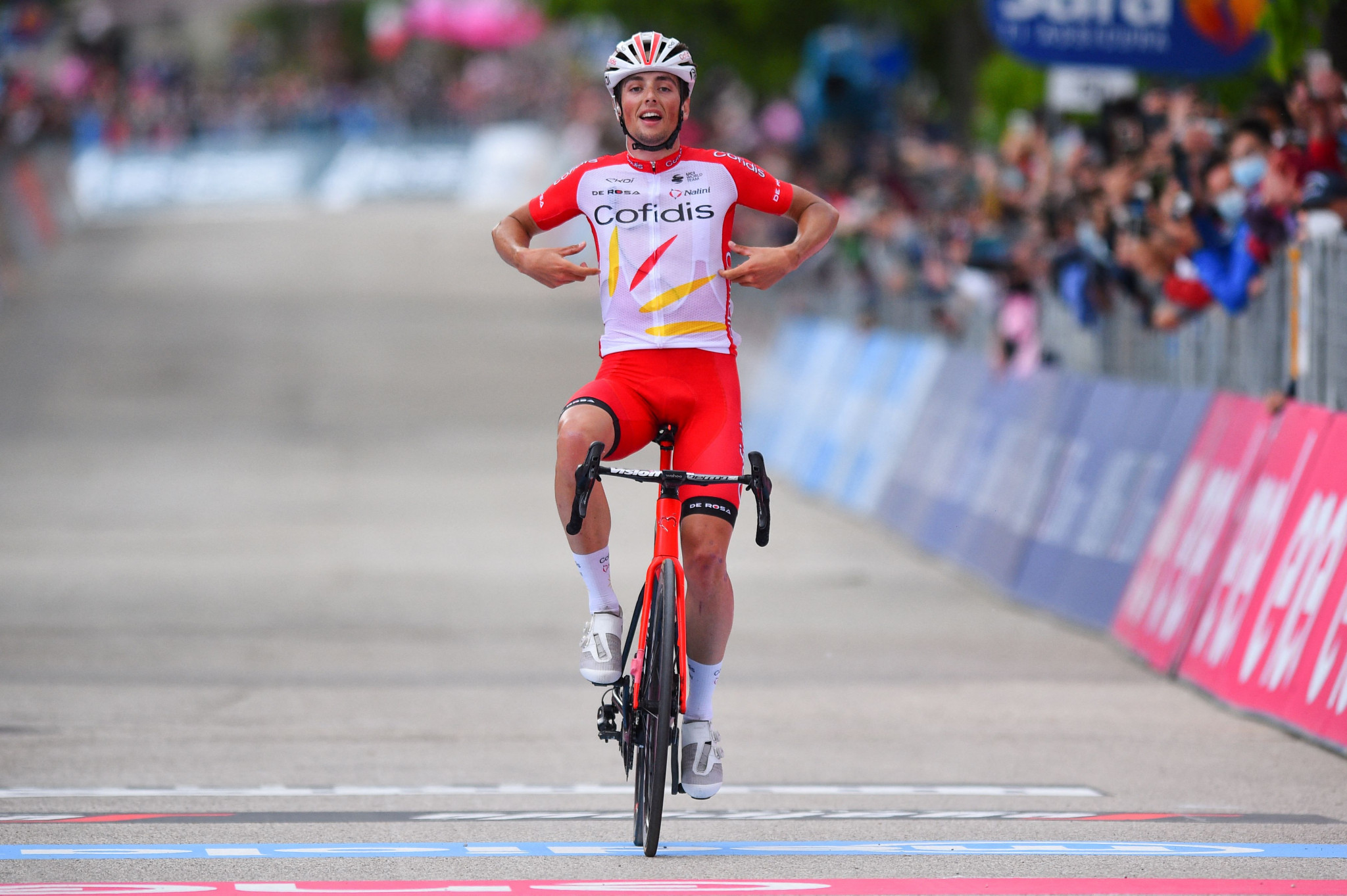 France’s Victor Lafay triumphed from a breakaway on the eighth stage of the Giro d’Italia in Guardia Sanframondi.

Lafay formed part of a nine-man breakaway on the stage, which was able to remain clear for the duration of the day.

The Cofidis rider conserved his energy well to attack his riders on the final climb, moving clear to earn a maiden professional win in 4 hours 6min 47sec.

"All day in the breakaway, it was about recovering before the climb," said Lafay.

"With 25km to go, attacks began and I had to be careful of Nelson Oliveira and the others.

"I had to make sure they wouldn’t go too far, I managed that very well.

"With 3km to go, it was the right time to isolate myself at the front.

"I attacked in the last few kilometres and saw that no one was following me.

"I cannot believe it, I have just won a stage at the Giro."

Italy’s Francesco Gavazzi finished as the runner-up at 36 seconds down, with Germany’s Niklas Arndt a further second behind in third.

The general classification group crossed 4:48 behind the stage winner, with their sights set on tomorrow’s mountain stage.

Australia’s Caleb Ewan will not participate after withdrawing from the race mid-stage, after suffering knee pain.

Ewan, who has won two stages at this year’s race, was expected to withdraw as he aims to race at all three Grand Tours this season.

Colombia’s Egan Bernal is a further five seconds back in third.