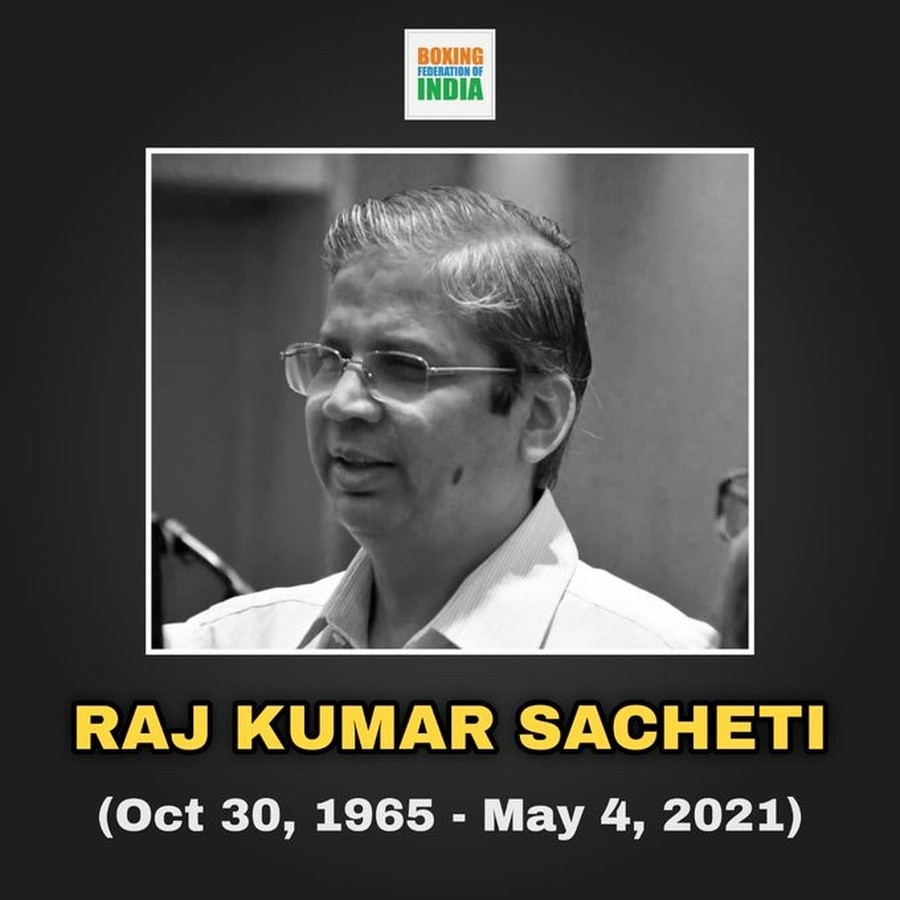 Boxing Federation of India (BFI) executive director Raj Kumar Sacheti has died at the age of 55 after contracting COVID-19.

Sacheti was also an associate joint secretary of the Indian Olympic Association (IOA), and his death has sparked tributes from across Indian sport.

Six-time world champion Mary Kom is among the boxers who have paid their respects to Sacheti, who died on Tuesday (May 4).

"I am feeling so sorry, you left us too soon," Kom wrote on Facebook.

"You are simple, humble, trustworthy.

"I will always hold you close in my thoughts.

"Your contribution and initiatives in the sports fraternity we will always cherish."

BFI President Ajay Singh described Sacheti as the "life and soul" of the organisation.

Our beloved R K Sacheti ji, Boxing Federation ED has lost the battle against Covid 19. He was one of the pillars who put India in the league of world's top Boxing nations. I wish he could see our Boxers in Olympics.

I extend my condolence to his family for the monumental loss🙏 pic.twitter.com/eCatPiUsTM

"Indian boxing reaching such heights in the last few years was largely his contribution," said Singh.

"We will miss him dearly.

"Boxing will miss him.

"Indian sport will miss him.

"Rest in peace my dear friend, we will always be proud of you."

"A seasoned member of the Indian sporting fraternity, Shri Raj Kumar Sacheti, was a passionate sports administrator and his contribution to boxing, the Olympic movement and Commonwealth sport in India is fondly remembered," said a Team India statement.