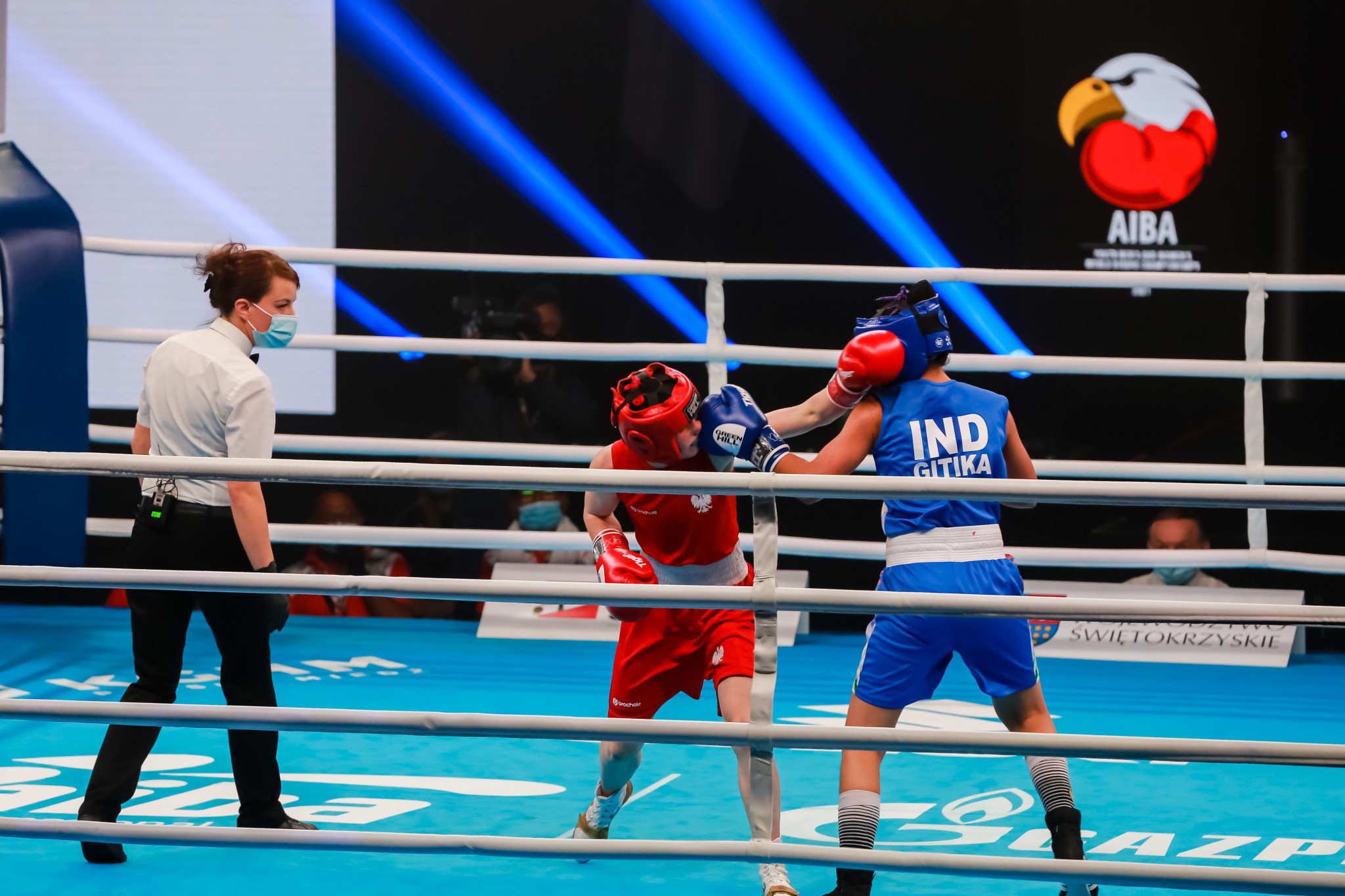 The country’s success started in the day’s first women’s final in the light flyweight category with Gitika overcoming home fighter Natalia Dominika Kuczewska of Poland 5-0, as she triumphed by 30 points to 27 on all five judges scorecards.

India enjoyed more success in the flyweight category with Babyrojisana Naorem Chanu winning on all five judges scorecards in a 5-0 victory against Valeriia Linkova of Russia.

The third final of the day in the bantamweight category had no Indian involvement, and saw Nigina Uktamova of Uzbekistan win 4-1 on judges scorecards against Khrystyna Lakiichuk of Ukraine.

All four judges that scored the fight in Uktamova’s favour did so by one point 29-28.

India’s Poonam claimed the country’s third gold of the women’s finals in the featherweight category as she emphatically beat Sthelyne Grosy of France 5-0, triumphing 30-27 on all five judges cards.

India’s fourth gold came in the lightweight final and it went to Vinka who produced a third round stoppage in her bout.

Your ❤️ for the champions!

Vinka stopped Kazakhstan’s Zhuldyz Shayakhmetova with one minute and 35 seconds remaining in the final round, at a time when Vinka was leading on four out of five judges cards.

There was no Indian involvement in the light welterweight final, where Russia’s Azaliia Amineva ran out a comfortable 5-0 winner against Mokhinabonu Abdullaeva of Uzbekistan, with all five judges scoring her a victor by either three or four points.

India won another gold in dominant fashion in the welterweight category, with Arundhati Choudhary running out a 5-0 victor against Barbara Marcinkowska of Poland, with all five judges scoring the bout 30-27 in Choudhary’s favour.

The closest contest of the day came in the middleweight category, with India’s Sanamacha Chanu Thokchom claiming a 3-2 victory on the judges scorecards against Dana Diday of Kazakhstan.

The light-heavyweight category was the final fight that did not feature an Indian representative, with Turkey’s Busra Isildar a comfortable 5-0 winner on the judges scorecards, by either three or four points, against Kseniia Olifirenko of Russia.

The final fight of the day saw more gold for India, with Alfiya Tarannum Pathan getting the verdict on all of the judges cards, 5-0 against Daria Kozorez of Moldova.

Ten men’s finals are scheduled to be contested tomorrow, on what is set to be the final day of action at the Hala Legionow Sports Complex.