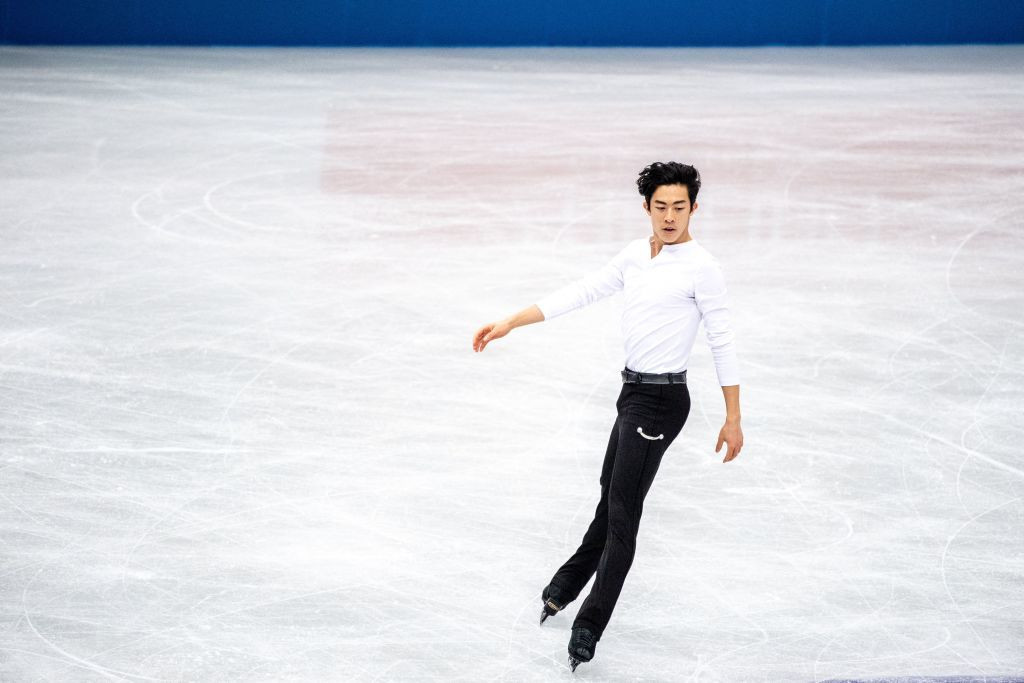 World champion Nathan Chen of the United States edged out Japanese star Yuzuru Hanyu in the men's short programme as Russia took the lead after the first day of the International Skating Union World Team Trophy in Osaka.

Chen, who won his third world men's singles title in Stockholm last month and is unbeaten in individual competitions since 2018, scored 109.65 to top the short programme standings.

Competition took place in front of a limited number of fans at the Maruzen Intec Arena, despite rising COVID-19 cases in the Osaka prefecture.

Russia's world champion Anna Shcherbakova finished first in the women's short programme after her routine was rewarded with 81.07.

Shcherbakova, who claimed a surprise gold at the World Championships in the Swedish capital, led a Russian one-two as compatriot Elizaveta Tuktamysheva was second on 80.35.

Victoria Sinitsina and Nikita Katsalapov of Russia reigned supreme in the rhythm dance after scoring 86.66 points.

The Russian pair ended more than three points clear of Italy's Charlene Guignard and Marco Fabbri, whose performance received 82.93 points from the judges.

Kaitlin Hawayek and Jean-Luc Baker of the US were third with 76.79.

Russia have 49 points after the first day of the event, two clear of the US on 47, while hosts Japan are third on 42.

Each skater or duo can earn a maximum of 12 points courtesy of their performances in the short programme or rhythm dance and free skating or free dance.

The standings are based on the total team points achieved in each phase of the event.