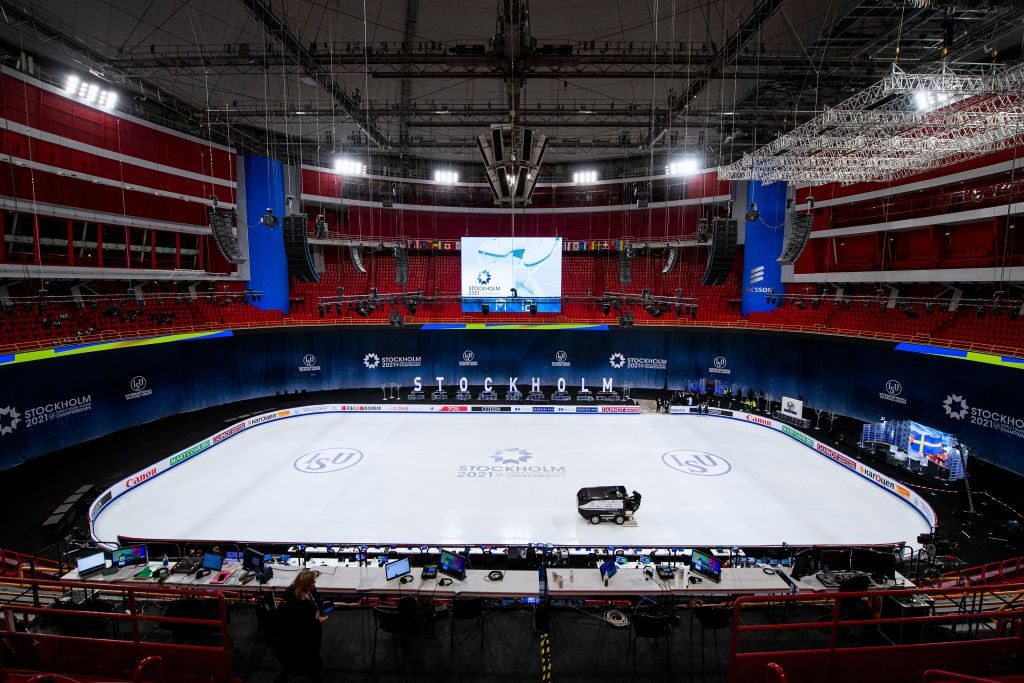 The International Skating Union (ISU) has confirmed the first positive test for COVID-19 within the competition bubble at the World Figure Skating Championships in Stockholm.

The ISU said the unnamed person had been placed into quarantine.

It is the first case to have occurred among the bubble set up in the Swedish capital, with the other two infected individuals testing positive before gaining entry to the competition site.

In a statement, the ISU said all of the person's close contacts had been "quickly identified, investigated and tested", and all had come back negative.

Two other COVID-19 cases have been recorded at the Championships, which began on Monday (March 22).

The ISU said around 2000 PCR tests and 1000 antigen tests had so far been carried out at the event, taking place under a biosecure "bubble" system, as part of a "rigorous" testing scheme.

The ISU claimed earlier this week that it remained secure despite the positive cases.

"Strict and comprehensive protocols and measures of distancing, hand washing, masks, daily health and temperature checks are implemented along with a rigorous testing regime," the ISU said.

"Everyone within the competition bubble must undergo multiple PCR tests."

Concerns over the measures in place at the Championships had been raised prior to the start of the event.

More than 3,000 people signed a petition, called "#NoQuarantineNoWorlds", urging the ISU to strengthen COVID-19 protocols and implement quarantine rules ahead of the competition.

Campaigners described the ISU's coronavirus protocols as "woefully inadequate" and feared the Championships could turn into a "super spreader" event.

The Championships are due to conclude on Sunday (March 28).