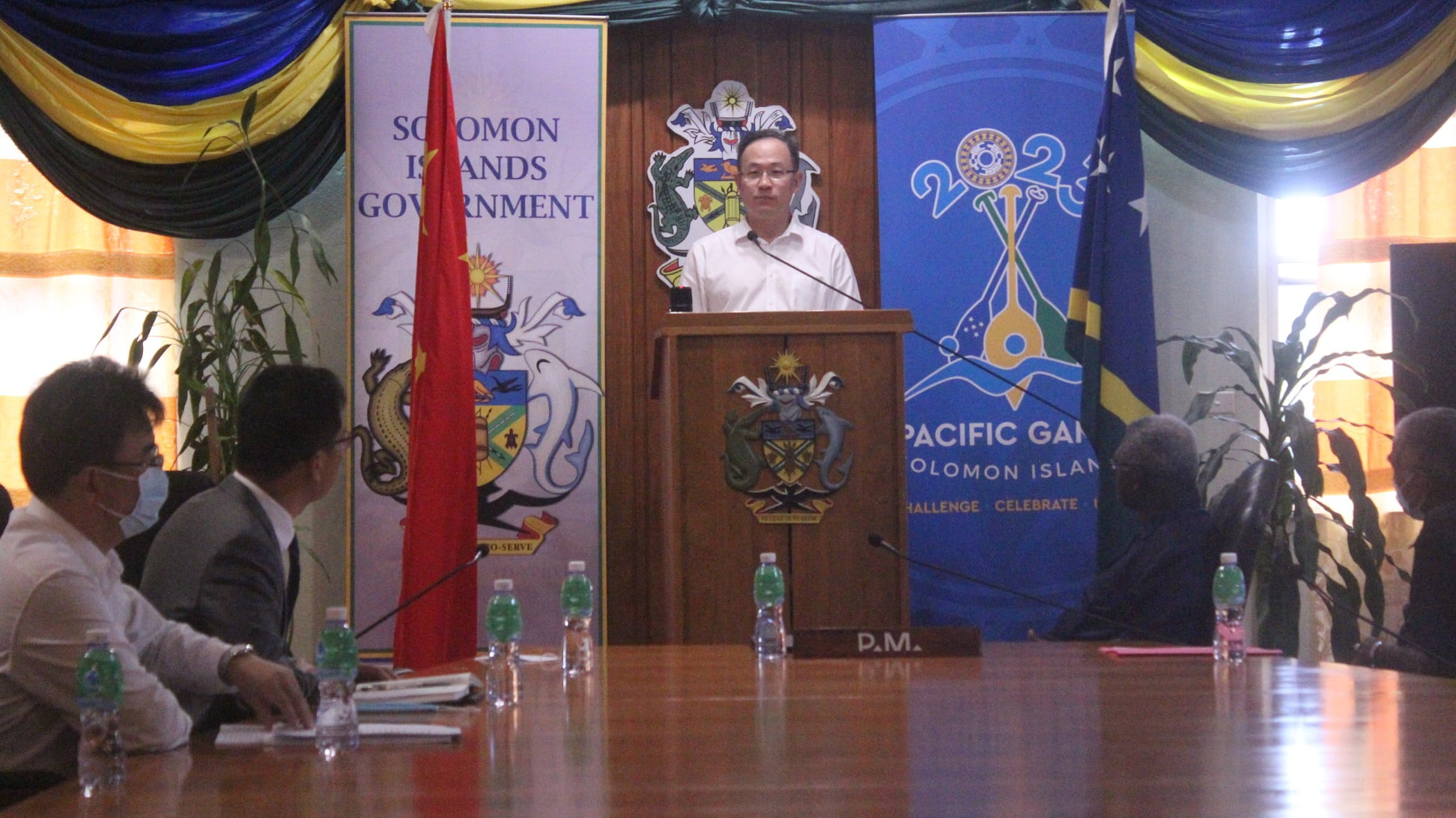 Chinese state company China Civil Engineering Construction Corporation (CCECC) has won a bid to build the seven major projects, including the main stadium, being funded by the Government in Beijing for the 2023 Pacific Games in the Solomon Islands.

The decision was announced by China's Ambassador to the Solomon Islands, Le Ming, during a special ceremony in the capital Honiara attended by the country's Prime Minister Manasseh Sogavare.

CCECC was established in 1979 by the Chinese Government to build major international projects.

"Allow me first to convey my sincere gratitude to the Government of the People's Republic of China for their wisdom in selecting a successful company that already has a footprint in Solomon Islands as its contractor for this ground-breaking project," Sogavare said.

An implementation agreement was signed last October between the Solomon Islands Government and China that paved the way for construction to begin on venues and facilities for the Games.

The Solomon Islands had originally reached an agreement in July 2019 with Taiwan to build the facilities, including the National Stadium.

But, at the end of 2019, relations between the two countries broke down, with the Pacific nation pledging its diplomatic allegiance to China instead.

Projects include a new $53 million (£38 million/€45 million) 10,000-capacity National Stadium, with 1,000 VIP seats, which will be the centrepiece of the first Pacific Games to be staged in the Solomon Islands.

Other venues include an Olympic-standard aquatics centre, a six-court tennis centre, a full-sized athletics training facility, a multi-purpose sports hall, new offices and a food court.

Engineers from CCECC are due to arrive in the Solomon Islands on April 11 with a ground-breaking ceremony scheduled for May 5.

The facilities are due to be handed over to Pacific Games organisers on May 31 in 2023 ahead of the Opening Ceremony for the two-week event on July 14.

Sogavare offered his "sincere gratitude to the President, the Government, and the people of the People's Republic of China for supporting my Government and the people of Solomon Islands with facilities that will enable us to host the 2023 Pacific Games successfully".