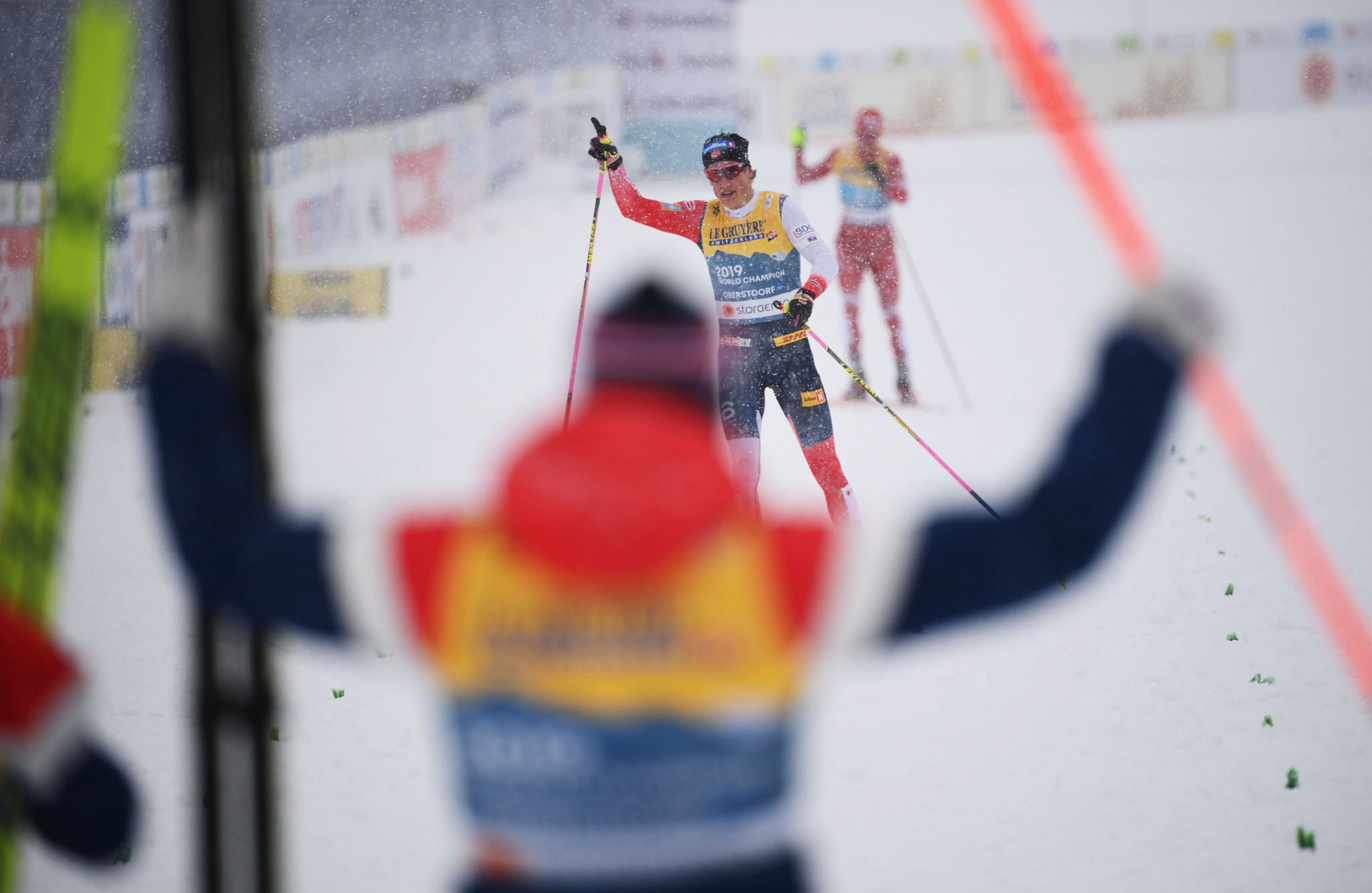 It was a thrilling 4x10-kilometre race in the German town with the Russian Ski Federation (RSF) taking the lead before Norway took control.

Hans Christer Holund gave Norway a 25-second margin going into the final leg but Bolshunov made Klæbo work hard for the victory.

At the halfway point, Bolshunov had caught up with Klæbo but the Norwegian managed to find an extra gear to pull away to clinch an 11th successive men’s relay world title for his country.

The Norwegian team of Klæbo, Holund, Pål Golberg and Emil Iversen finished in a winning time of 1hr 52min 39.0sec.

"I was nervous but managed to get the race where I wanted it," said Klæbo in a report by Norwegian newspaper Verdens Gang.

"I figured Bolshunov would catch up, but it suited me well."

Holund added: "I was very nervous for Klæbo and I imagined the worst.

"We have the world’s best anchorman on the team."

Aleksey Chervotkin, Ivan Yakimushkin, Artem Maltsev and Bolshunov had to settle for silver after finishing in 1:52:51.0.

The bronze medal went to the French team of Hugo Lapalus, Maurice Manificat, Clément Parisse and Jules Lapierre who completed the race in 1:53:51.6.

"I lost it in the descent before the last hill," Bolshunov told Russian newspaper Sport Express.

"I thought Klæbo would try to get past on the left side, but instead he came to the right.

"I tried several times, but he is not the type of athlete you can start behind, then catch up and run away."

Stefan Kraft claimed his third ski jumping world title and first since 2017 with victory in the large hill competition.

Germany’s Karl Geiger picked up the bronze after registering jumps of 132m and 132m to score 267.4 points.