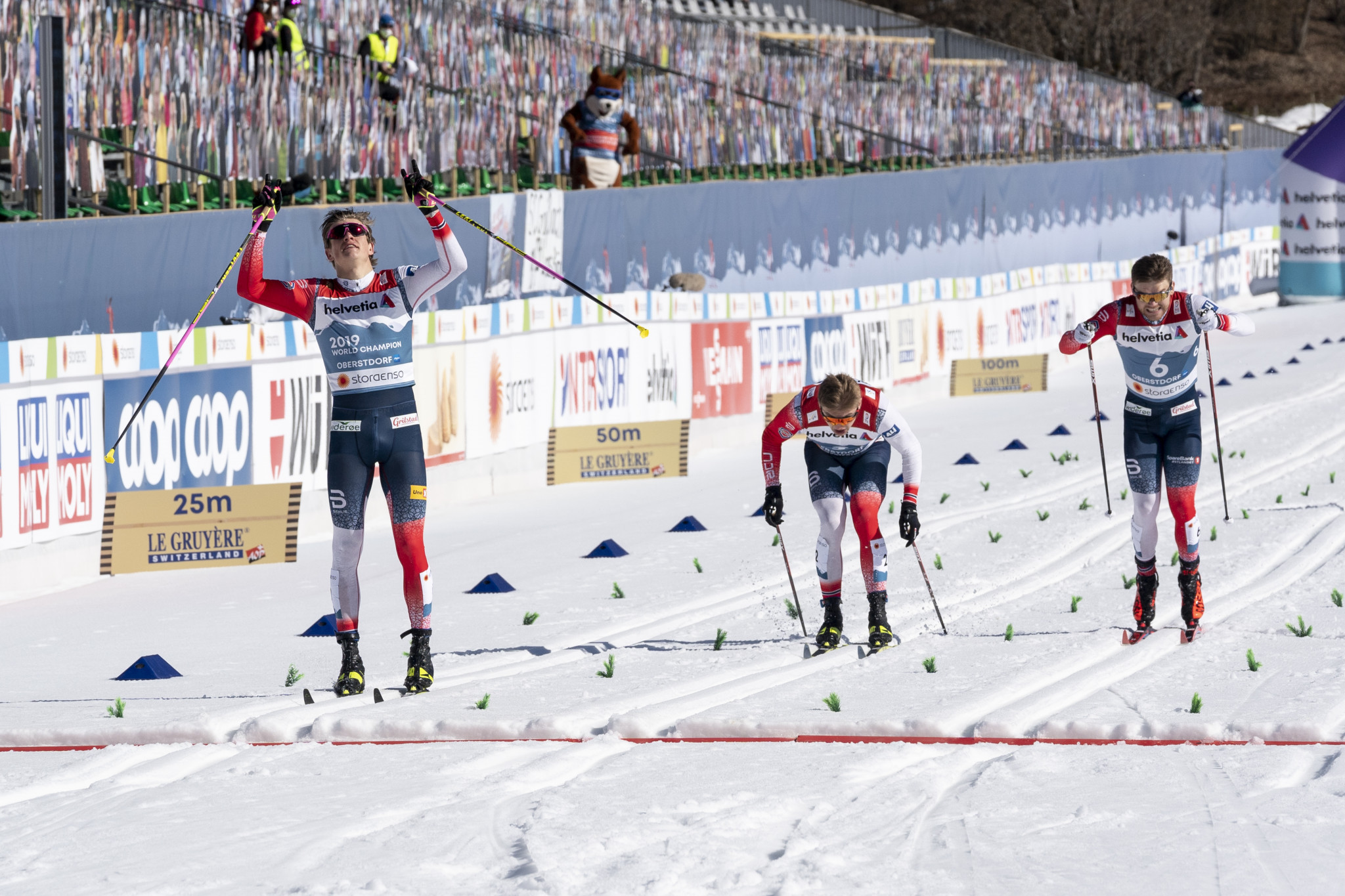 Johannes Høsflot Klæbo led a Norwegian clean sweep in the men’s cross-country sprint event as the first medals of the Nordic World Ski Championships in Oberstdorf were decided.

The defending champion was hoping to become the first skier to win consecutive sprint world titles at the Championships.

Klæbo began impressively by topping qualification in a time of 3min 0:08sec, before winning his quarter and semi-final heats.

A perfect day was completed by finishing the final in a winning time of 3:01.30.

His compatriots Erik Valnes and Haavard Solaa Taugboel completed the podium, ending 0.66 and 0.8 off this pace, respectively.

Alexander Bolshunov and Sergey Ustiugov, representing the Russian Ski Federation, missed out on the medals by placing fourth and fifth.

Sundling, who has junior and under-23 world titles in the discipline, triumphed in the final in a time of 2:36.76.

A photo finish was required to decide the silver and bronze medals, with Norway’s Maiken Caspersen Falla and Slovenia’s Anamarija Lampic battling head-to-head.

Falla won the silver medal by ending 2.32 behind the winner, with Lampic a further 0.03 back.

Slovenia’s Ema Klinec claimed a maiden world title after achieving distances of 105 and 100.5 metres, which resulted in a points tally of 279.6.

Olympic champion Maren Lundby of Norway finished as the runner-up by ending on 276.5 points.