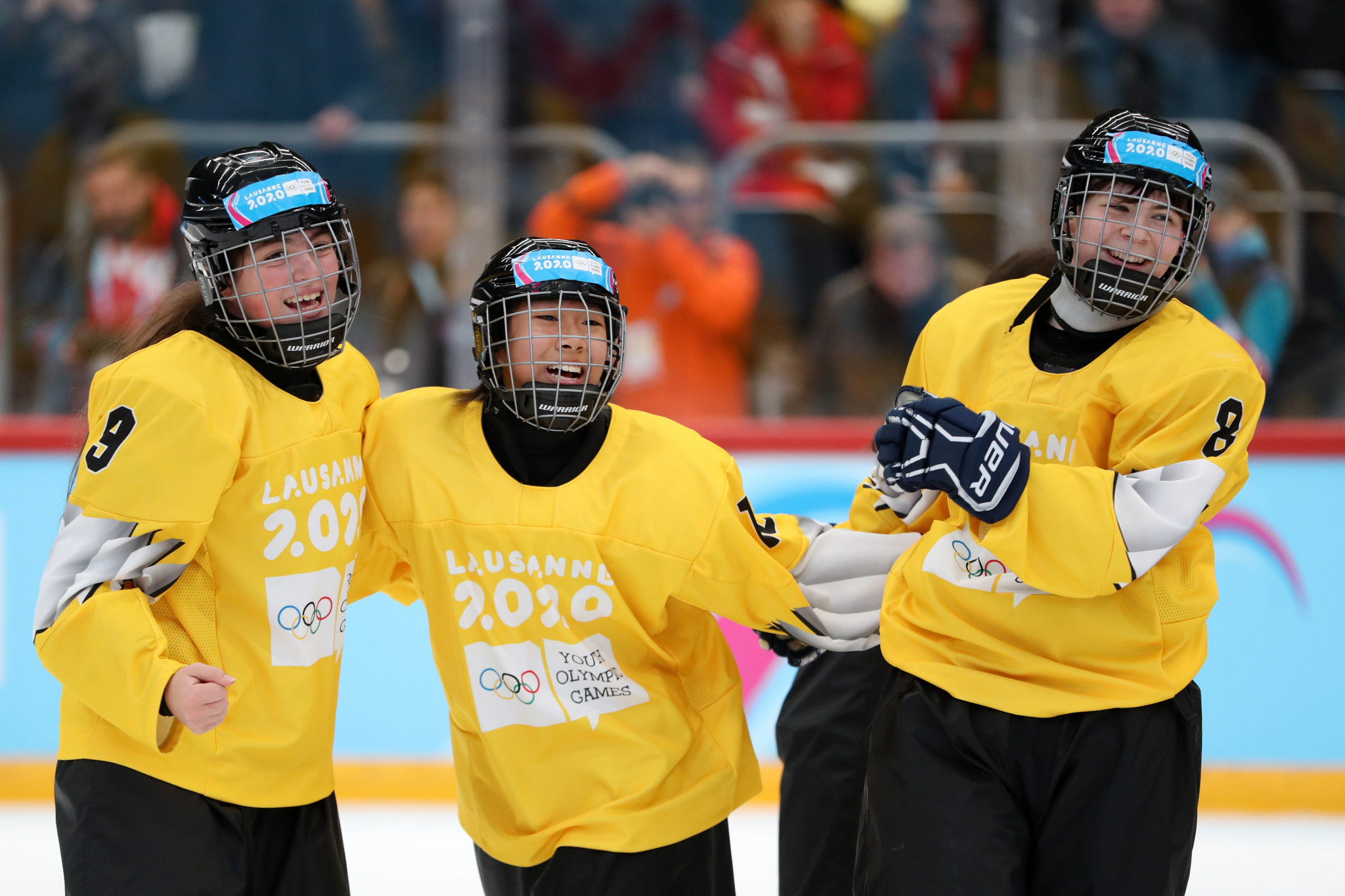 The IOC confirmed the removal of mixed NOC events as the programme and athlete quotas for the fourth edition of the Winter Youth Olympics was approved.

Mixed NOC events have featured at the past three Winter Youth Olympics.

The IOC has said Gangwon 2024 will have a greater focus on young elite athlete development pathways, which has led to the removal of the mixed NOC events.

The IOC said this will also ensure consistency with the Summer Youth Olympic Games programme for Dakar 2026.

"Instead, these events will be replaced with equivalent events of the same or a similar format with teams of athletes from the same NOCs," the organisation said in a statement.

"While the mixed NOC events were ultimately removed from the programme as medal events, the IOC Executive Board recognised their value in providing the athletes with a very special experience in past YOG editions.

The IOC has confirmed the athlete quota will be increased from 1,872 to 1,900 for the Games.

This will be achieved by repeating the "multiple-wave" concept used at Lausanne 2020, which saw athletes stay in the Youth Olympic Village during one of two periods, depending on their competition and Learn and Share schedules.

Gangwon 2024 will reportedly adopt an even more flexible wave approach, which the IOC say will reduce the average number of athletes per wave.

This will allow the athletes to fully participate in both the Athlete Competition and Athlete Education activities, in the shortest time possible.

The Games will feature a maximum of 81 events.

This will include sprint, individual and relay events in biathlon, monobob and skeleton competitions, as well as mixed team and mixed doubles curling.

Two new 1,500 metres short track events will feature on the programme, along with a debut for one new mixed-gender relay to replace the cross-country cross events.

Freestyle skiing will have an increase from eight to 10 events per discipline, with four events in slopestyle and Big Air already confirmed.

Six individual and/or mixed-gender events will be confirmed among ski cross, dual moguls and halfpipe disciplines.

Snowboard will also see an increase from eight to 10 events per discipline.

Six individual and/or mixed-gender events to be confirmed are among snowboard cross, snowboard parallel and halfpipe, adding to the four confirmed slopestyle and Big Air competitions.

The IOC say the competition schedule and transport considerations will be balanced with the location and number of villages, ensuring all athletes have time to participate in the Learn and Share programme and the wider educational and development opportunities available at the Youth Olympic Games.

Gangwon 2024 will also have 50 per cent male and female participation and an equal number of men’s and women’s events.

Competitions will take place in Pyeongchang and Gangneung, with the majority of venues having been used at the 2018 Winter Olympic and Paralympic Games.

"More young elite athletes will be able to benefit from the experience at the Winter Youth Olympic Games Gangwon 2024 while we keep the Games sustainable," said Thomas Bach, IOC President.

"We are striking the balance thanks to innovative concepts, but also the strong legacy from the Olympic Winter Games Pyeongchang 2018.

"The event programme of the Youth Olympic Games is always adapted to the availability of specific venues in the host region, reflecting our ambition of making the Games more accessible and affordable to all types of cities.

"In Gangwon, many great sporting venues already exist, thanks to the legacy of the Olympic Winter Games Pyeongchang 2018."

The IOC has said Gangwon 2024 requires additional time to complete the planning for the sites and venues for freestyle skiing and snowboard.

A joint site assessment, to be conducted with the International Ski Federation (FIS), will be discussed and finalised at the Gangwon 2024 Coordination Commission meeting next month.

Gangwon Province was awarded the event by the IOC at its Session in Lausanne in January 2020.

Competition is tentatively scheduled for January 19 to February 2 in 2024.