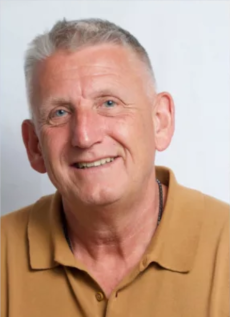 The International Federation of Sport Climbing (IFSC) has appointed Nick Kennerley as executive producer and television consultant as the sport builds towards its planned Olympic debut at Tokyo 2020.

Kennerley's role will include all IFSC competitions this year, including the rearranged Olympic Games in the Japanese capital.

He currently works as a senior producer and director at BT Sport, with previous roles including deputy commissioning editor for Channel 4, which saw him bring cricket and motorsport to the network.

"Mr Kennerley has longtime experience in liaising with sporting bodies and production crews, and in delivering the highest level of product in order to promote sports that are new to the general public," the IFSC said.

"He has worked in many different programme areas with credits in sports, entertainment, music, documentaries and news, and also holding senior management positions in broadcast television.

"Additionally, he produced and directed host broadcast coverage for major sports events, including World Championships and the Olympic Games."

"I am delighted and honoured to have been asked to join the IFSC family," said Kennerley.

"Having been granted Olympic status, this is an exciting time for the sport.

"I will hope that my considerable experience in sports television production will go far in advancing the coverage of sport climbing and attracting many new people to the sport."

Sport climbing is one of four new sports set to debut at Tokyo 2020, alongside surfing, skateboarding and karate.

Baseball/softball is also due to return to the programme for the Games, which were delayed by a year as a result of the coronavirus pandemic.