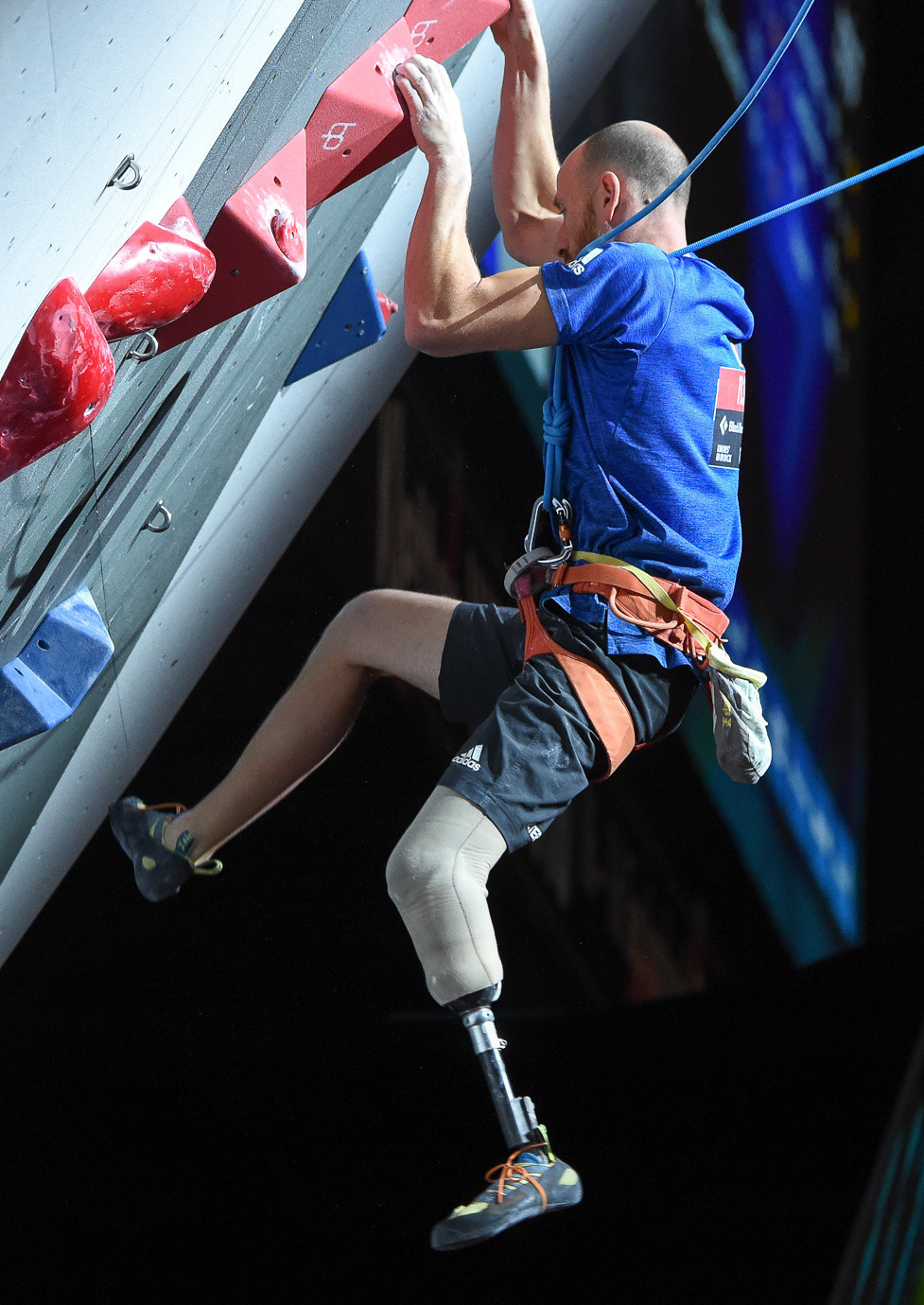 The International Federation of Sport Climbing (IFSC) is set to overhaul its classification rules as it steps up its bid to get Paraclimbing included at the Los Angeles 2028 Paralympic Games.

Sebastian Depke, chair of the IFSC Paraclimbing Committee, believes some athletes will "experience disadvantages" from the new rules but claims the changes will be "fundamental" to the sport’s growth.

The move comes after the organisation’s Plenary Assembly approved the IFSC Strategic Plan 2020-2028 which set out its vision, mission and key objectives in November last year.

Among those included a pledge to "professionalise" Paraclimbing to meet International Paralympic Committee (IPC) standards and aim to feature in future Paralympic Games.

It then listed several sub-items including plans to improve the classification process and put in place a training, evaluation and classification system for IFSC classifiers.

The IFSC also aims to "rethink" the classification categories, create a Paraclimbing route setters pool of experts and encourage National Federations in organising events at national and international level to increase the number of athletes.

According to the IFSC, applications to be on the Los Angeles 2028 programme need to be submitted to the International Paralympic Committee (IPC) before the fourth quarter of 2021.

The IFSC said the required adjustments would need to be introduced during the 2021 season, but recognised the "biggest gap" between the IPC standards and its current Paraclimbing rules was classification.

A revised version of the classification rules are currently being finalised by the Paraclimbing Committee.

They are then due to be presented at two seminars held at the IFSC Paraclimbing World Cup competitions in Innsbruck in Austria from June 22 to 24 and in the United States from October 9 to 10.

Only athletics and swimming allow 10.

"The upcoming changes are fundamental. having our main goal in mind, we can be happy to take this step now and I am thankful for the support we get from the IFSC," said Derke.

"I am sorry for those who will experience disadvantages and I encourage them not to let their love and dedication to the sport die down.

"Climbing is way more than just competition climbing on artificial walls and there are also other goals aside medals or rankings.

"In my eyes all Para athletes can label themselves as winners.

"They have gone through incredible situations such as war, terror, accidents or diseases and they are still here and doing what they love."

Jessica Sporte, athlete representative for the IFSC Paraclimbing Committee, added: "Changes to the Para climbing classification rules are part of the constant process of evaluation and necessary as we push for Para climbing’s inclusion in the Paralympic Games.

"I understand the disappointment athletes may face due to these changes, and I encourage you to not let your passion for the sport die as these changes are implemented.