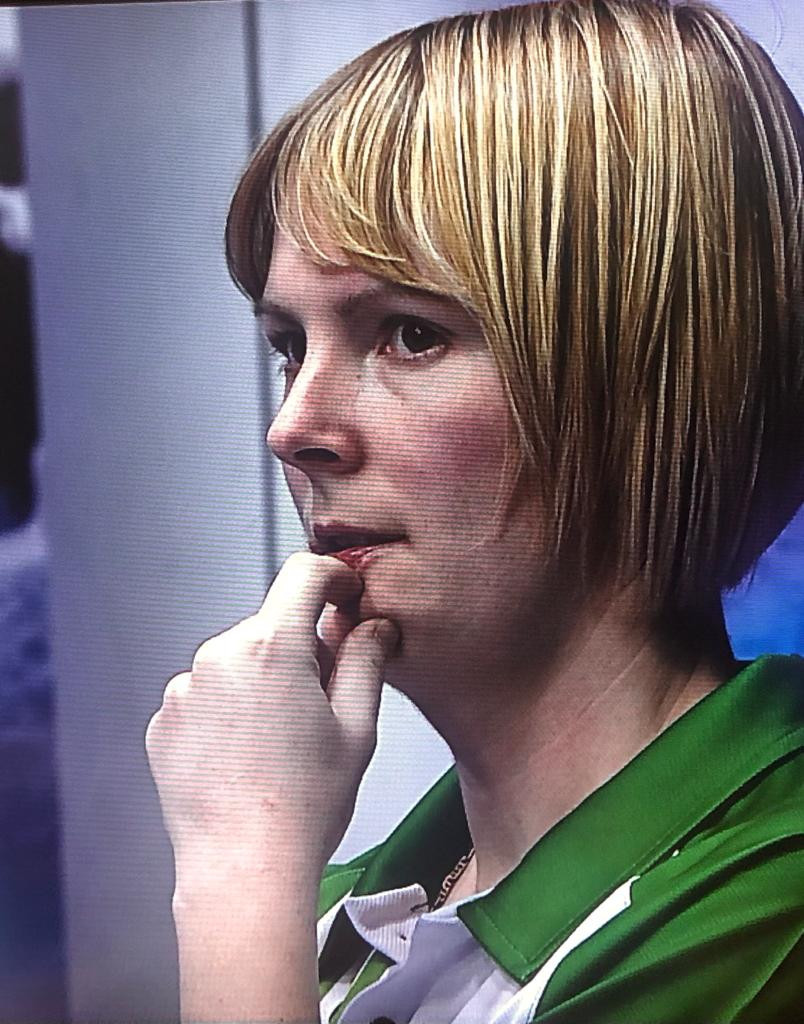 Laura Daniels, nee Thomas, who won the title in 2015, was up against Katharine Rednall of England and it was Rednall, fresh from her open singles second round match against Marshall, who started strongly taking the first set 14-2.

The impact of back-to-back matches, with less than an hour’s break between the two, appeared to start catching up with Rednall, a three times former winner of the ladies singles, who is competing in this year’s event while seven and a half months pregnant.

Daniels took set two 11-4 and continued her momentum into the match tie-break which she took by two ends to zero.

"It's been a long time but every trophy is special whether you've won it before or whether it's your first time," Daniels told BBC Sport.

"Massive credit to Katherine. It was a great match and I had to dig in deep."

Elsewhere the second round of the open singles concluded at Potters Leisure Resort in Great Yarmouth, England.

The second match of the day saw ladies singles finalist Rednall pull off an impressive victory against Alex Marshall of Scotland.

Rednall edged the first set 7-5 and after she secured a draw in the second set 5-5 it was enough to put her into the last eight of the open singles courtesy of a win by one and a half sets to a half.

The morning match pitted Scotland’s Julie Forrest against former winner Greg Harlow of England and a tight first set was eventually shared 8-8 after Harlow scored singles on three consecutive ends to ensure the set was halved.

That went on to prove crucial with Harlow starting strongly in set two and opening up a big early lead.

Forrest battled back and had a chance to force a tie-break but with his final bowl Harlow managed to secure the third closest wood to restrict Forrest to a double, enough to give the Englishman the set 7-6.

A tight opening set was halved 8-8 before Gourlay edged set two 7-5 on the final bowl, managing to stop his wood inches before the ditch to deny Greenslade the  single that would have forced a tie-break.

The open singles is the only remaining competition at Potters Leisure Resort, and tomorrow sees all four quarter-finals scheduled.

Of the last eight, six are English players and the first two matches are all England affairs with Simon Skelton against Mark Dawes and Perry Martin up against Wayne Willgress.

The other two matches pit England against Scotland with Scotland’s Stewart Anderson against Harlow and Gourlay against Rednall.