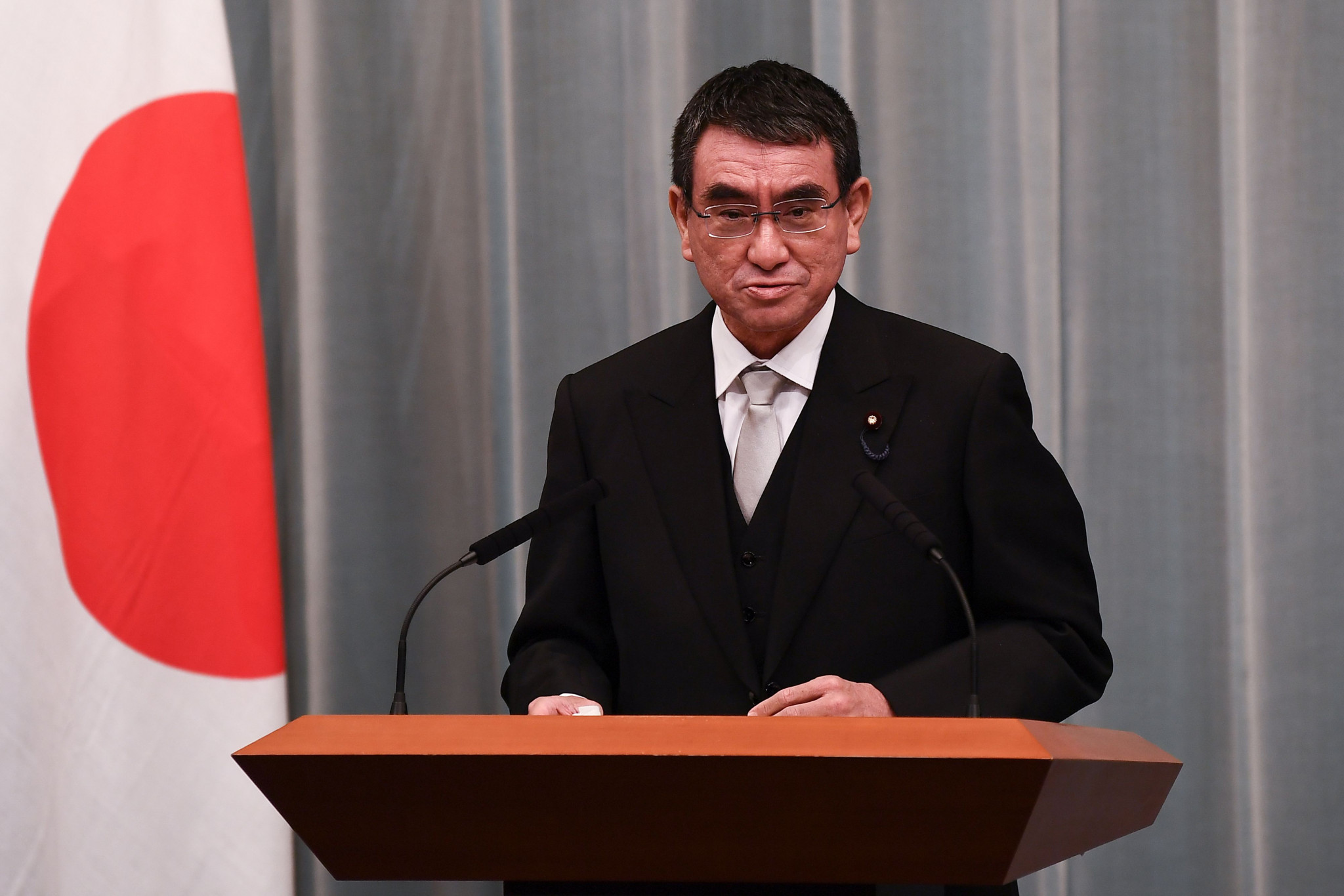 Japanese cabinet minister Taro Kono has admitted a decision on the holding of the Tokyo 2020 Olympics and Paralympics "could go either way" as the coronavirus pandemic continues to leave doubts hanging over the Games.

Kono, Japan's administrative and regulatory reform minister, spoke at the Reuters Next conference amid concerns that the coronavirus pandemic could prevent the Games from going ahead.

He said the country is still continuing efforts to host the delayed Games, set to open on July 23, but admitted it was far from certain that the event would go ahead.

Earlier this month, a state of emergency was declared in Tokyo in a bid to curb a spike in coronavirus cases in the Japanese capital.

Tokyo today reported a total of 1,502 new cases, with the nationwide figure hitting 6,566.

"We need to do the best we can to prepare for the Games at this moment, but it could go either way," Kono told Reuters.

"Anything is possible, but as the host of the Games we need to do whatever we can, so that when it’s a go, we can have a good Olympic Games.

"The Olympic Committee must be thinking about Plan B, Plan C.

"But the situation is not easy."

The spike in coronavirus cases in Tokyo has coincided in decreasing support in Japan for the Olympic and Paralympic Games going ahead later this year.

A recent Kyodo News survey found around 80 per cent of Japanese people want this year's Olympic and Paralympic Games in Tokyo to be cancelled or postponed.

Despite the slump in support, Takeshi Niinami has called for Japan to continue to make every effort to host the Games.

"I’m not sure whether we’ll be able to hold the Tokyo Olympics or not," Niinami told Reuters.

"But it’s a great message to the world, as overcoming the battle against COVID.

"Definitely, we should make every effort."

Niinami suggested the fate of the Games was likely be decided by the end of March, where the results of Government efforts to curb the spread of coronavirus are expected to be known.

March has also been earmarked as a possible month for the decision on whether spectators will be permitted to attend the Olympic Games.

Tokyo 2020 President Yoshirō Mori claimed earlier this week a decision would be taken in the next two months.