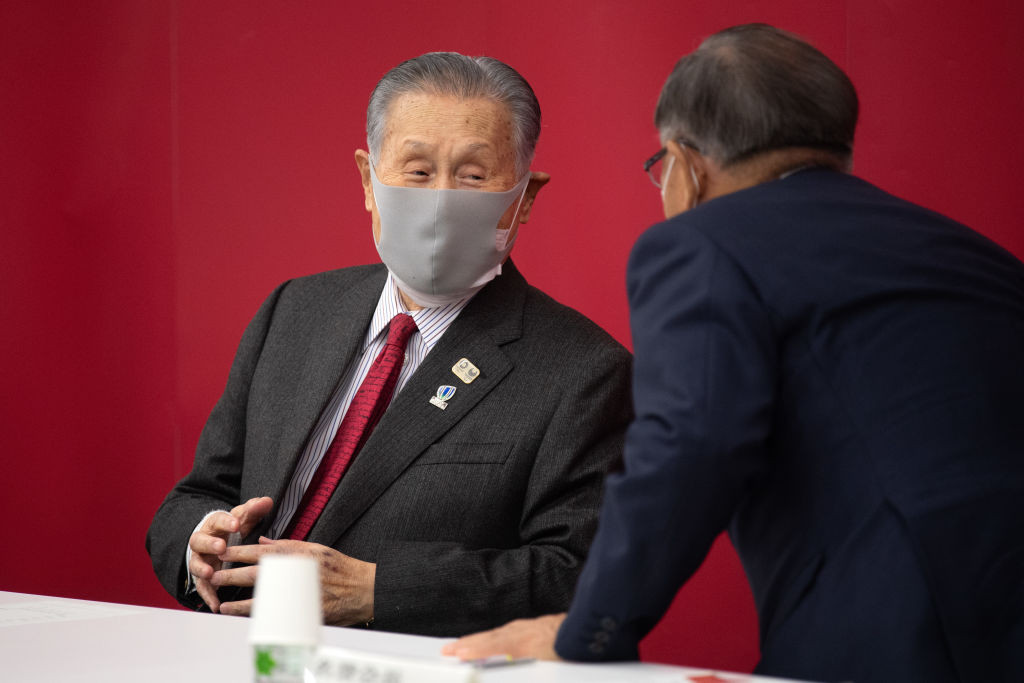 Tokyo 2020 President Yoshirō Mori has said preparations for the Olympic and Paralympics "have to proceed as planned" amid rising COVID-19 cases in Japan and a Kyodo News survey suggesting public opinion is turning against the Games.

The survey found 80 per cent of Japanese people want this year's Olympic and Paralympic Games to be cancelled or postponed.

More than 35 per cent of those surveyed called for the cancellation of the Games and 44.8 per cent said there should be another postponement.

Mori, a former Prime Minister of Japan, sought to reassure the public that brighter times were ahead.

"Believing in that, to give joy and hope to many people, we will do our best until the end."

"If I get caught up in my thoughts, or if I flinch, or get a little lost in my mind - it affects everything.

"We have to proceed as planned.

"There is no other way to respond."

Tokyo 2020 chief executive Toshirō Mutō has also played down the results of the Kyodo News survey.

In a New Year's address to Tokyo 2020 staff, Mutō attempted to put a positive spin on the survey results.

"The number of people calling for it to be cancelled has only risen by about five per cent," he said.

"The number of people calling for it to be postponed has risen a lot, but that means those people still want it to be held.

"Of course, for it to be held, we have to guarantee that we hold a safe Games with anti-virus measures.

"If you think of it in those terms, I firmly believe people will get more and more behind it."

Japanese Prime Minister Yoshihide Suga announced a state of emergency for Tokyo, Kanagawa, Saitama and Chiba last week and is set to extend this to the Osaka, Kyoto and Hyogo prefectures tomorrow.

The situation means the staging of the Games in the Japanese capital this year continues to be shrouded in uncertainty.

The Tokyo 2020 Olympics are scheduled to run from July 23 to August 8 and the Paralympics from August 24 to September 5.

A host of COVID-19 countermeasures will be implemented should the event go ahead.

This includes frequent testing, the mandatory use of face masks and social distancing, and a reduced stay in the Athletes' Village for competitors.

Organisers have also devised a number of cost-cutting measures to offset the financial impact of the postponement.

Mutō praised his staff for their work since Tokyo 2020 was delayed.

"I think this is an amazing organisation," he said.

"There had never been a postponement before in history, and that one word 'postponement' can't sum up the amount of work that needed to be done.

"We still have a lot to do but we have overcome a lot and that gives us a lot of confidence as an Organising Committee."

Mutō also dismissed reports claiming the IOC and Tokyo 2020 are set to debate the staging of the Games in February.

"When these types of reports surface, some people might feel anxious about them," he said.

"I want to say that we are not thinking that way at all, and that these reports are wrong."