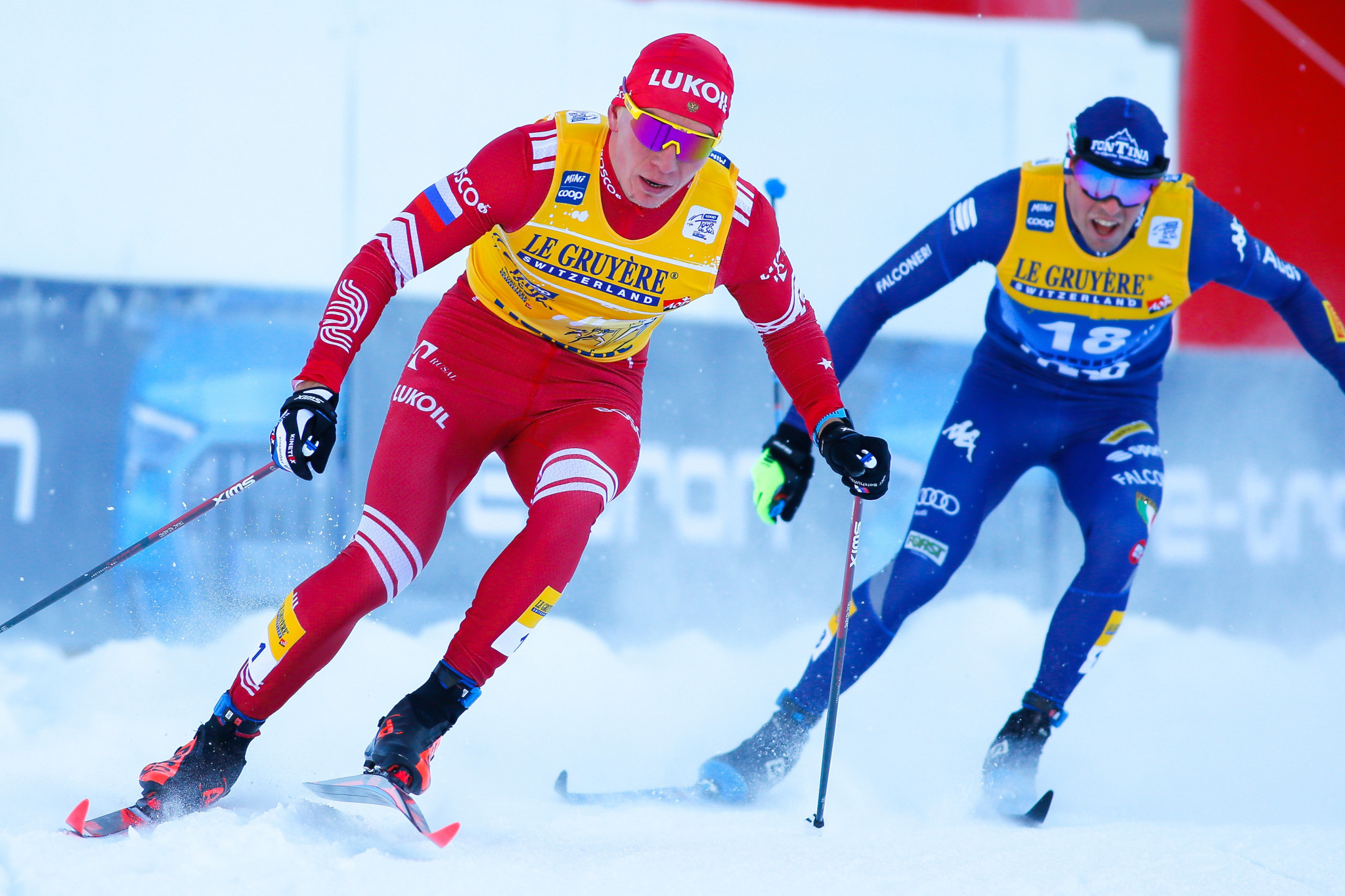 The Russian won the 15-kilometre classic mass start in a time of 41min 33.7sec as he continued his dominance in the Italian resort of Val di Fiemme.

The triumph stretches the defending champion's lead in the overall and points standings with two stages to go.

Italian Francesco de Fabiani returned to the podium for the first time in two years as he finished second in 41:35.5.

Aleksey Chervotkin was third in 41:37.4 ahead of fellow Russian Ilia Semikov in 41:40.4 while compatriot Ivan Yakimushkin and Janosch Brugger of Germany both crossed the line in 41:41.3.

For the second successive race, there was a Russian woman at the top of the podium.

The bronze medal went to Sweden’s Ebba Andersson who finished in 30:39.6.

Her Swedish team-mate Linn Svahn who came out of isolation after producing a false positive coronavirus test came 13th.

Jessie Diggins’ run of five straight podium places came to an end as she finished ninth, but the American remains the overall leader and is joint top of the points standings with Frida Karlsson of Sweden on 55.

There is guaranteed to be a new winner of the overall women's title due to the absence of the Norwegian team because of the coronavirus pandemic.

Norwegian athletes have won the women’s Tour de Ski for the past seven seasons but have chosen not to compete this year.

The eight-leg competition forms part of the FIS Cross-Country World Cup and is set to conclude in Val di Fiemme on January 10.

Competition continues tomorrow with the men and women set to both take part in classic sprint races.