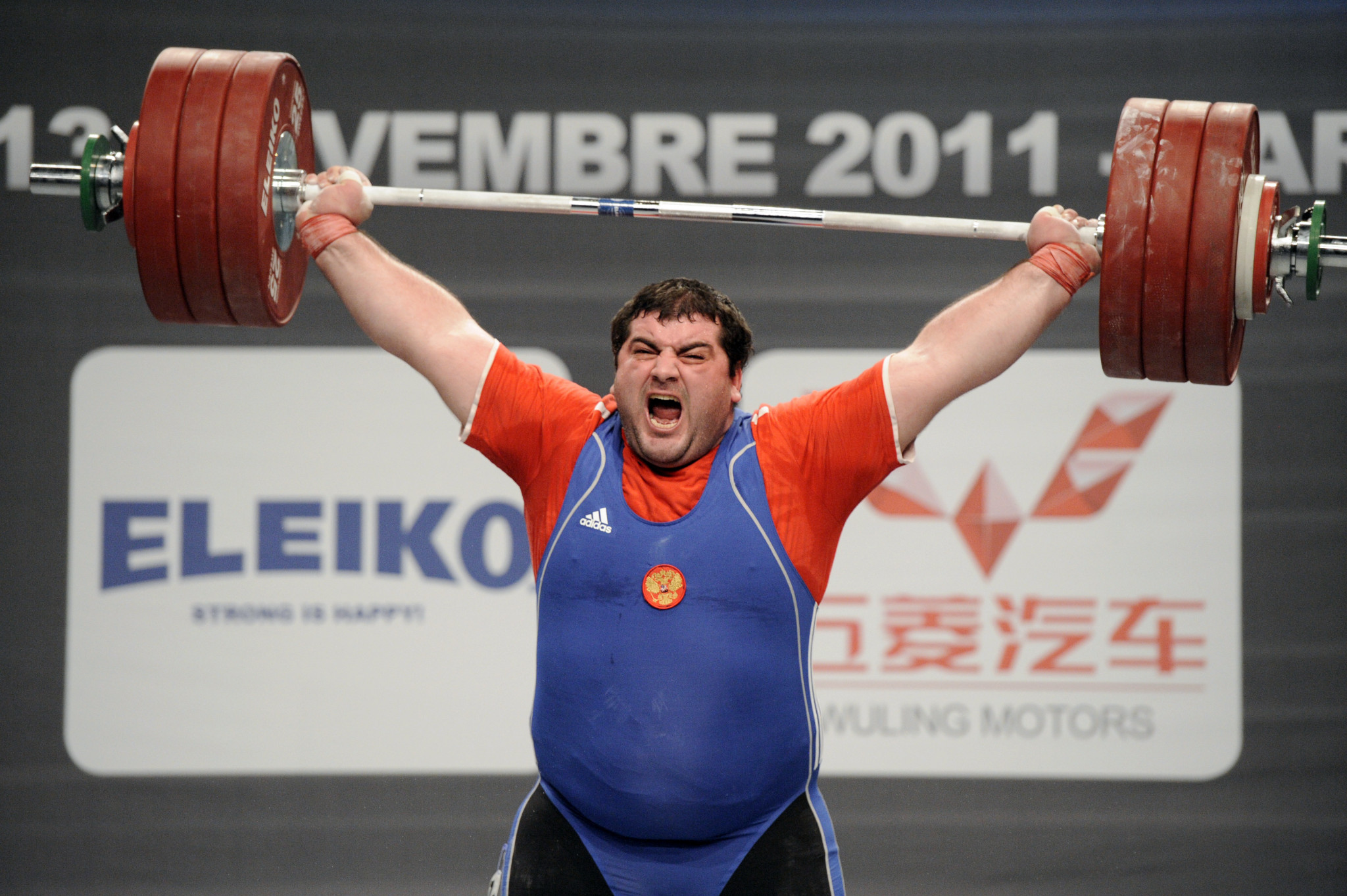 Four more Russian weightlifters have been banned for historic doping offences, including a 35-year-old woman who is already serving an eight-year ban for a second offence.

That athlete, multiple national champion Amina Maskhadova, has not lifted in a competition for more than five years and like several others who are currently suspended has never represented Russia in international weightlifting.

She has competed in ultra-running and CrossFit since she was banned from weightlifting by her National Anti-Doping Organiation (NADO) in 2015, and has been given another eight-year ban rather than four years for her historic offence, because she ran in events for which she was ineligible while suspended from weightlifting.

Two continental medallists are among the four, Chingiz Mogushkov and the 2017 European champion Adam Maligov, both of whom had already been provisionally suspended for 14 months and are now banned until 2023.

All 10 of the Russian weightlifters banned this month, and all four who have been provisionally suspended, were charged under rule 2.2 of the International Weightlifting Federation’s (IWF) anti-doping policy.

They did not test positive but were caught up in a "whistleblower" case and charged after analysis of data from the Moscow Laboratory.

There are said to be a total of 41 Russians under suspicion in the same way, many of them already banned or provisionally suspended, many of them long retired, and all of them concerning offences between 2011 and 2015.

This focus on historic doping cases has infuriated Maxim Agapitov, who was elected President of the Russian Weightlifting Federation (FTAR) in November 2016, since when Russia has had barely any problems with doping - other than historic ones.

The World Anti-Doping Agency (WADA) handed over information on 298 Russian athletes from a wide range of sports, gathered during the Operation LIMS investigation, to the International Testing Agency (ITA) earlier this year.

The ITA has prioritised these cases while many others in weightlifting remain unclosed.

"Once again a story from 2011-2015 has surfaced," said Agapitov, an IWF Executive Board member, who pointed out that some of the athletes involved had not competed for many years.

"In my opinion, this style of work of the anti-doping organisation does not help the fight against doping and does not protect our clean athletes today.

"It resembles the style of IWF work under Tamás Aján and is more political in nature.”

Agapitov has long been a critic of Aján, the disgraced former President of the IWF who oversaw widespread corruption, including doping cover-ups in exchange for cash.

Earlier this week WADA revealed that "Russian entities" had paid $5 million (£3.8 million/€4.2 million) to an unnamed high-ranking IWF official between 2012 and 2016 to allow Russian weightlifters to compete after they tested positive.

Agapitov, who called for Aján to go more than a year ago, said the Hungarian and his corrupt regime was more guilty than Russia or any other individual or nation.

Aján finally resigned in April after a huge corruption scandal.

"Alone, neither countries, nor athletes, nor coaches in such a large number could break the rules in just one sport," he told insidethegames earlier this month.

"The guilt for these violations is not so much on them as on the IWF.

"The IWF was empowered to fight against doping but instead of fighting, we saw a hypocritical deception in which many national federations were involved."

Today he said, "I would like to ask: 'Where have you been before? Why don't you protect our pure athletes today, why aren't the real causes of the doping problem and its creators eliminated?'

"This [today’s suspensions] only confirms the creation of the appearance of a struggle and the unwillingness to really fight against doping, and it explains the presence of Aján in the WADA Executive Committee."

The suspension of Maskhadova is thought to be a first in any sport - an athlete beginning a ban only after a current one expires.

Her second suspension from Russia’s NADO expires in 2023, after which she will begin another eight-year ban announced today by the IWF.