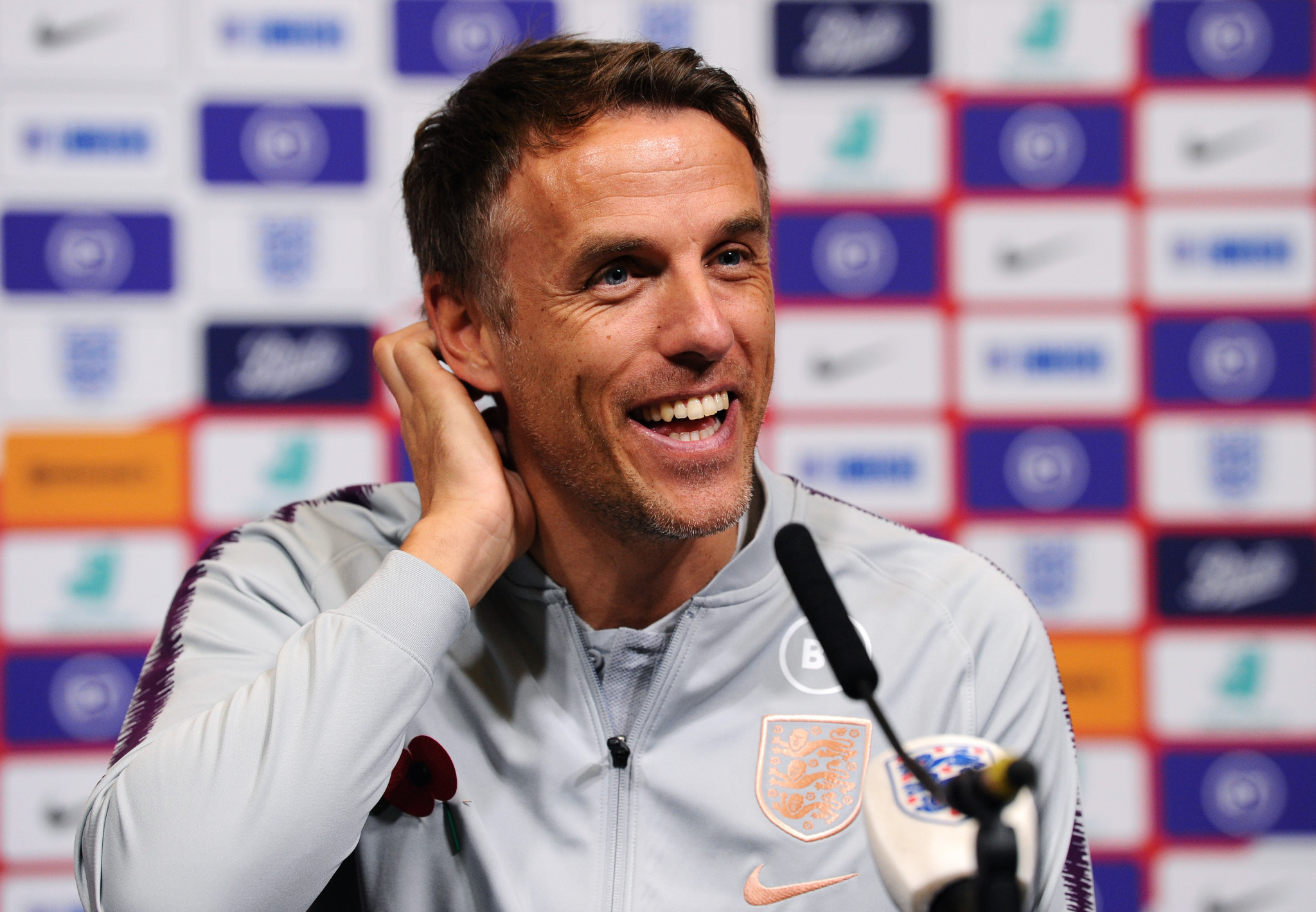 Neville is due to leave his role as England manager in July of next year, with Sarina Wiegman, the current manager of The Netherlands, scheduled to take over in September.

It is not yet known who will lead Team GB at Tokyo 2020, however.

It had been intended that Neville would lead the squad at the Olympics, but this was thrown into disarray following the postponement of the Games to July 23 to August 8 2021 as a result of the coronavirus pandemic.

The Football Association (FA) has said a choice will be made "in due course", with Neville still eager to take the role.

"The Olympics is still a massive ambition of mine," he said, as reported by BBC Sport.

"The FA know that and they have been brilliant in their communication with me in terms of the time frames of when they're going to make the decision.

"Whether you're England manager or a manager from one of the four nations, that's still going to be one of the toughest things to do, to pick 18 players."

"It's one that I was excited to do and now it's obviously a clean slate and hopefully I'll get the opportunity to do it."

Neville, a former player for Manchester United and Everton, has managed the England women's team since 2018.

He led the team to fourth place at last year's FIFA Women's World Cup in France.

The 43-year-old had little managerial experience before taking over the helm of the Lionesses.

Wales' most-capped player Jess Fishlock recently suggested the Team GB manager should not be head coach of any of the four home nations.

Fishlock told BBC Sport she believed the same person managing Britain and a home nations team leads to an "unconscious bias" in selection.

Fishlock also suggested Neville leaving his position as England head coach in July 2021 could strengthen his case to handed the Olympic reins.