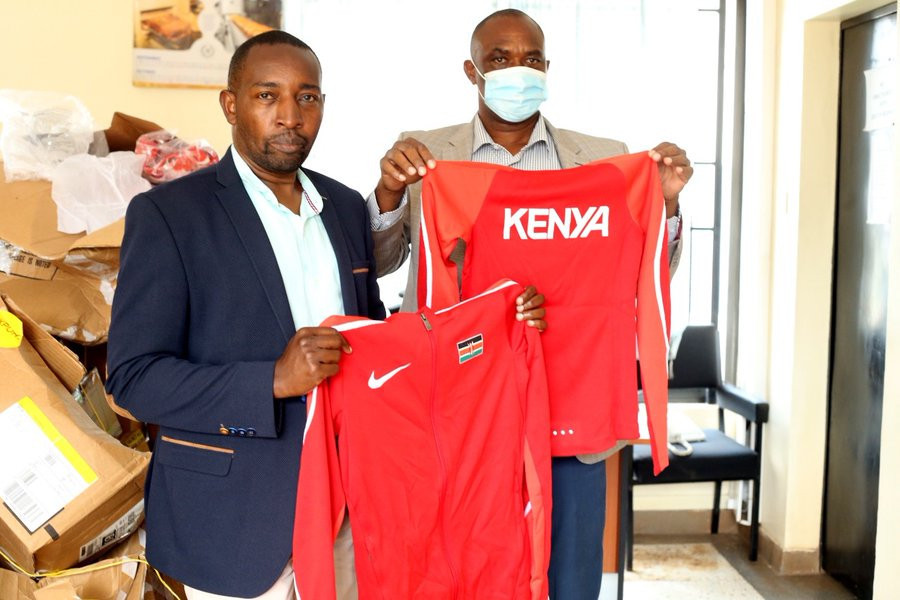 Nike kit supposed to be used by Kenyan athletes during the 2016 Olympic Games in Rio de Janeiro, but which was confiscated during a corruption investigation, has been returned to the National Olympic Committee.

The 57 boxes of various items, including training and competition tee-shirts, shorts, tracksuits and shoes for different teams that competed at Rio 2016, is now to be re-distributed to athletes preparing for next year's re-arranged Olympic Games in Tokyo.

Most of the kit, which included 84 pairs of training shoes and 640 tee-shirts, was recovered by police from the home of Ben Ekumbo, the former National Olympic Committee of Kenya (NOC-K) vice-chairman and Deputy Chef de Mission for the Games in Brazil.

Ekumbo was also President of the Kenyan Swimming Federation when he was reportedly found hiding under a bed before being arrested by police in November 2016.

He was held in prison for 16 days before being granted bail.

Ekumbo was not among six Kenyan officials, led by Rio 2016 Chef de Mission Stephen Kiptanui arap Soi and the country's former Sports Minister Hassan Wario, who appeared in a Nairobi court in July on corruption charges.

Officials at the the Directorate of Criminal Investigations (DCI) announced in August they would return the kit and finally fulfilled that promise last Friday (September 4) following lobbying by NOC-K chairman Paul Tergat.

NOC-K secretary general Francis Mutuku and treasurer Anthony Kariuki collected the kit from the Nairobi headquarters of the DCI.

"We shall give priority to those who have qualified for the Tokyo Olympics for training purposes as we await for the new consignment for the Olympics," Mutuku told The Daily Nation.

"The [Kenyan] Federations will recommend who will get priority.

"The process of kit distribution has now been documented at the secretariat and a system put in place to ensure the right people receive the kit at the appropriate time and with the appropriate kit."

Kariuki promised that Kenya's athletes would benefit this time from the equipment.

"Our athletes currently require every support they can get as they prepare for the upcoming Tokyo Olympics in 2021 and many other continental and global tournaments and championships," he told The Daily Nation.