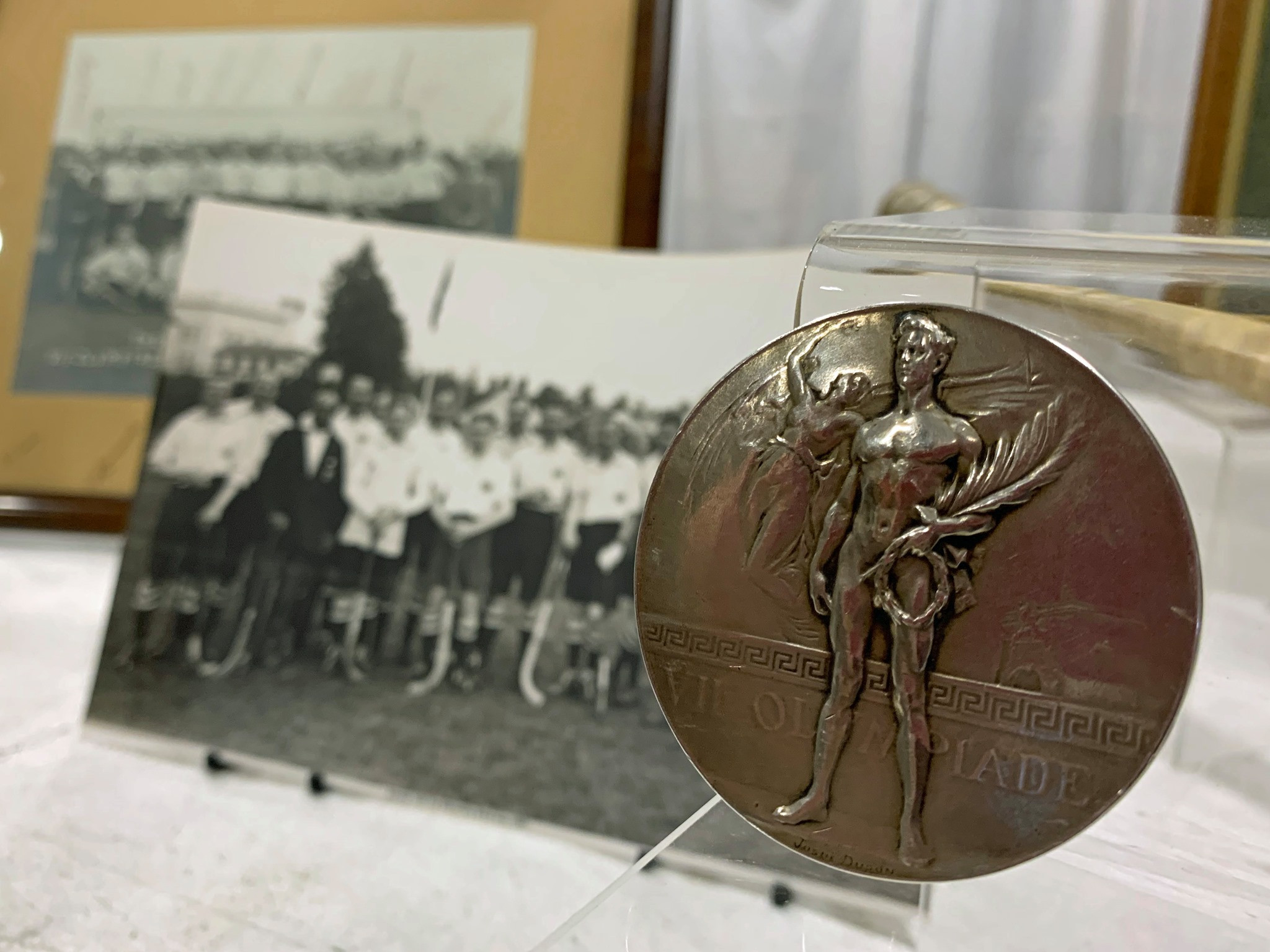 An Olympic gold medal won at Antwerp 1920 by Britain's goalkeeper Harry Haslam has been loaned to The Hockey Museum to help mark the centenary of the team's triumph.

It was displayed at a private presentation at the Museum, which is based in Woking in the United Kingdom, when members of Haslam's family received his Great Britain honours cap.

Besides the gold medal, the memorabilia included an oil painting of Haslam, an Antwerp participation medal and civilian medals.

The Olympic hockey tournament at Antwerp 1920 was played as a four-nation round robin event.

Britain beat Denmark 5-1 and the hosts Belgium 12-1 and were awarded a walkover in their final game against France to secure the gold medal.

Britain did not win an Olympic gold medal in the sport again until the men upset the odds to triumph at Seoul 1988.

The women won their first Olympic gold medal at Rio 2016.

The Hockey Museum has had its first sight of a 1920 Olympic gold medal. It was won by Harry Haslam, the Great Britain...

Posted by The Hockey Museum on Saturday, 5 September 2020

The fact the final match against France never took place at Antwerp 1920 is shrouded in mystery.

A 1996 article in the Ilford Recorder said Haslam's club Ilford HC had claimed the decision followed a night of heavy drinking by both teams.

"Great Britain's opponents invited our lads out on the town – with the intention of drinking them legless," the newspaper wrote.

"The French found their opponents were made of sterner stuff than themselves in the hangover league and the inebriated opposition actually conceded the next day's game following their mutual night out on the town."

Another source, also written many years after the event, referred to an epidemic near the French team's accommodation.

Some observers have claimed this was a polite way of saying that the French were too drunk to take part in the match, but no-one really knows.

The Hockey Museum also used the centenary event to formally launch its project to make available commemorative honours caps to current and former British players, with Haslam's family being the first to receive one.

Extensive research by a group of museum volunteers over the last five years on Britain's player history has produced a record of 366 men and 210 women who have represented the country since the first official international matches.

Each of the other players, including those no longer alive and former living internationals, are scheduled to receive their caps during the coming year, the deceased via their families.

It is planned that Britain's current players will receive theirs during Britain's home International Hockey Federation Pro League games next May.