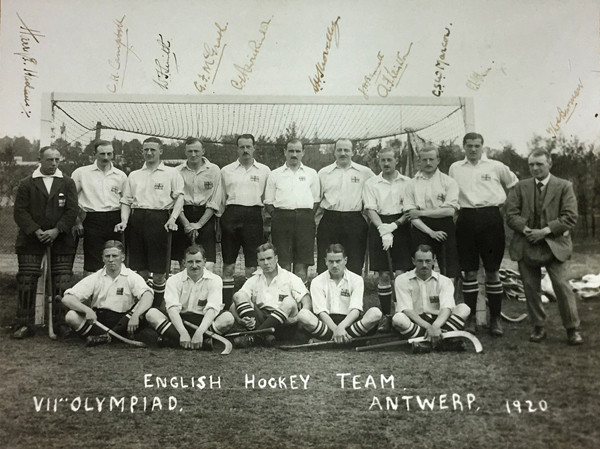 A special celebration is planned on Saturday (September 5) to mark the centenary of Britain’s hockey team winning the Olympic gold medal at Antwerp 1920.

The tournament marked the first time in history that a British team had competed together in an international hockey event.

A team from England had won the Olympic gold medal at London 1908, and it had originally been thought that Britain had not competed together as one team until the next Games in Britain in 1948.

Britain won the four-nation round robin tournament by winning two of their matches, including 5-1 against Denmark and 12-1 versus hosts Belgium, and being given a walkover against France.

Britain did not win an Olympic gold medal in the sport again until the men upset the odds to triumph at Seoul 1988.

The women won their first Olympic gold medal at Rio 2016.

The Hockey Museum also plan to use this significant day to formally launch its project to make available commemorative honours caps to current and former British players.

Extensive research by a group of volunteers at The Hockey Museum over the last five years on Britain’s player history has produced a record of 366 men and 210 women who have represented the country since the first official international matches.

The research designated that the first to represent Britain, as the goalkeeper, at Antwerp 1920, was Birmingham-born Harry Haslam.

His family are due receive his Britain cap at a presentation ceremony at The Hockey Museum on the day of the centenary.

Each of the other players, including those no longer alive and former living internationals, are scheduled to receive their cap during the coming year, the deceased via their families.

It is planned that Britain’s current players will receive theirs during Britain’s home International Hockey Federation Pro League games next May.

For more details about the event on Saturday click here.