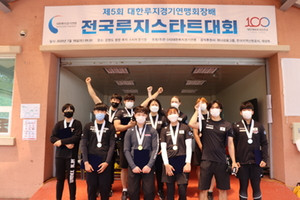 South Korea's luge team hope to return to on-ice training in October after a long spell away from the Pyeongchang Sports Centre due to the COVID-19 pandemic.

It is hoped that a training camp initially set to take place in March can be held then, with the virus less prevalent in the nation now.

"After the World Cup final in Koenigsee on March 1, we had planned a training camp at the Pyeongchang Sports Centre in South Korea," Oleg Demchenko, the head coach of the South Korean luge team, said.

"After the competition I went home to Russia for the first time, the athletes went home in South Korea.

"We have not given up hope that we will be able to hold the planned training camp in March 2020 after all, but COVID-19 thwarted our plans and we had to change our plans.

"I have not been able to meet the team in person.

"In March, I was still full of hope, then in May all the borders were closed and this has remained so until today.

"The most difficult thing in this situation is that the team had to completely change the preparation plan for the summer - we cancelled three training camps in Russia."

Sports facilities in South Korea were closed in response to the pandemic, but the country has been praised for its response and athletes were able to return to individual training in May.

The team then held a start competition in July, with safety precautions put in place to prevent the spread of the virus.

Demchenko added that the team are currently training at home under the guidance of coach Joo Se-kee.

He had hoped to join the national team in August, but South Korea's borders remain closed for Demchenko, who has now has set a target of October for the full resumption of training.

When South Korea hosted the Winter Olympics in 2018, four sleds qualified and the nation was also represented in the team relay.