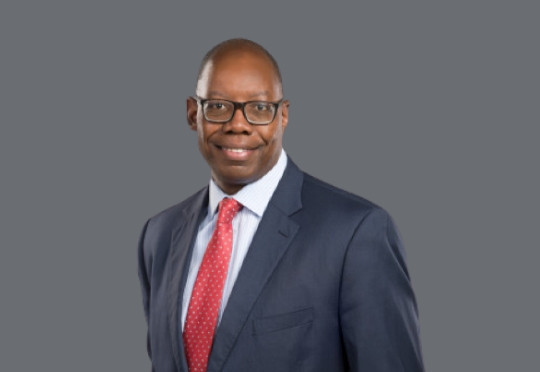 He will report to NBA Deputy Commissioner and chief of operations, Mark Tatum.

The new role will see Williams monitor the league's basketball and business development initiatives in Africa and he will be responsible for growing the popularity of the sport on the continent.

Williams has previously served as the executive head of corporate and investment banking, Africa regions, for Standard Bank Group.

He was responsible for the expansion of the company in the Ivory Coast, Ethiopia and South Sudan.

"Adding an executive of Victor's calibre and experience is an important step in our continued efforts to grow basketball across the continent," said Silver.

"We look forward to Victor leading NBA Africa's operations and helping to accelerate the use of sports as an economic engine across Africa."

Williams has also worked at Wells Fargo Securities in Charlotte in the United States as a managing director and, before that, was the vice-president of investment banking at Goldman Sachs in New York City.

"Becoming chief executive of NBA Africa is a compelling opportunity to join the NBA – a widely-respected and admired, globally-orientated sports enterprise," added Williams.

"It allows me to blend my professional experience building businesses in Africa with my passion for the sport of basketball.

"I look forward to working with our colleagues in Johannesburg and Dakar to help grow basketball's commercial and social impact in Africa and on the world stage."

Williams is a dual citizen of Sierra Leone and the US and holds a masters degree from Harvard Business School and a bachelor's degree in applied mathematics and economics from Brown University.

NBA Africa is a new affiliated part of the NBA, with its Basketball Africa League, run in affiliation with the International Basketball Federation, supposed to start this season before the COVID-19 pandemic.

This is a club continental competition for Africa's best teams from their respective national leagues.