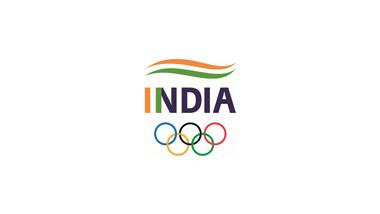 The Indian Olympic Association (IOA) has unveiled a new logo to mark 100 years of the country's participation at the Olympic Games.

The updated branding and visual identity, including institutional and commercial logos, has been adopted with immediate effect by the IOA following approval from the International Olympic Committee.

A launch event is set to be held by the IOA next month.

"The new logo of the Indian Olympic Association is a symbol of our country’s identity and our values in sport," IOA President Narinder Batra and secretary general Rajeev Mehta - who have been at the centre of a public dispute within the organisation in recent months - said in a joint statement.

"Designed to be carried with pride as our athletes take to the world stage, representing Team India, the new identity is a proud celebration of tiranga, the pride, dignity and a lifetime of determined hard work of our athletes and the values of unity, friendship and merit, upheld by the IOA."

The previous institutional logo, depicting the Star of India, was adopted during the pre-independence era and has been used since the IOA was formed in 1927.

The commercial logo will be used in promotional material for the Indian team at the Tokyo 2020 Olympic Games, postponed until 2021 because of the coronavirus pandemic.