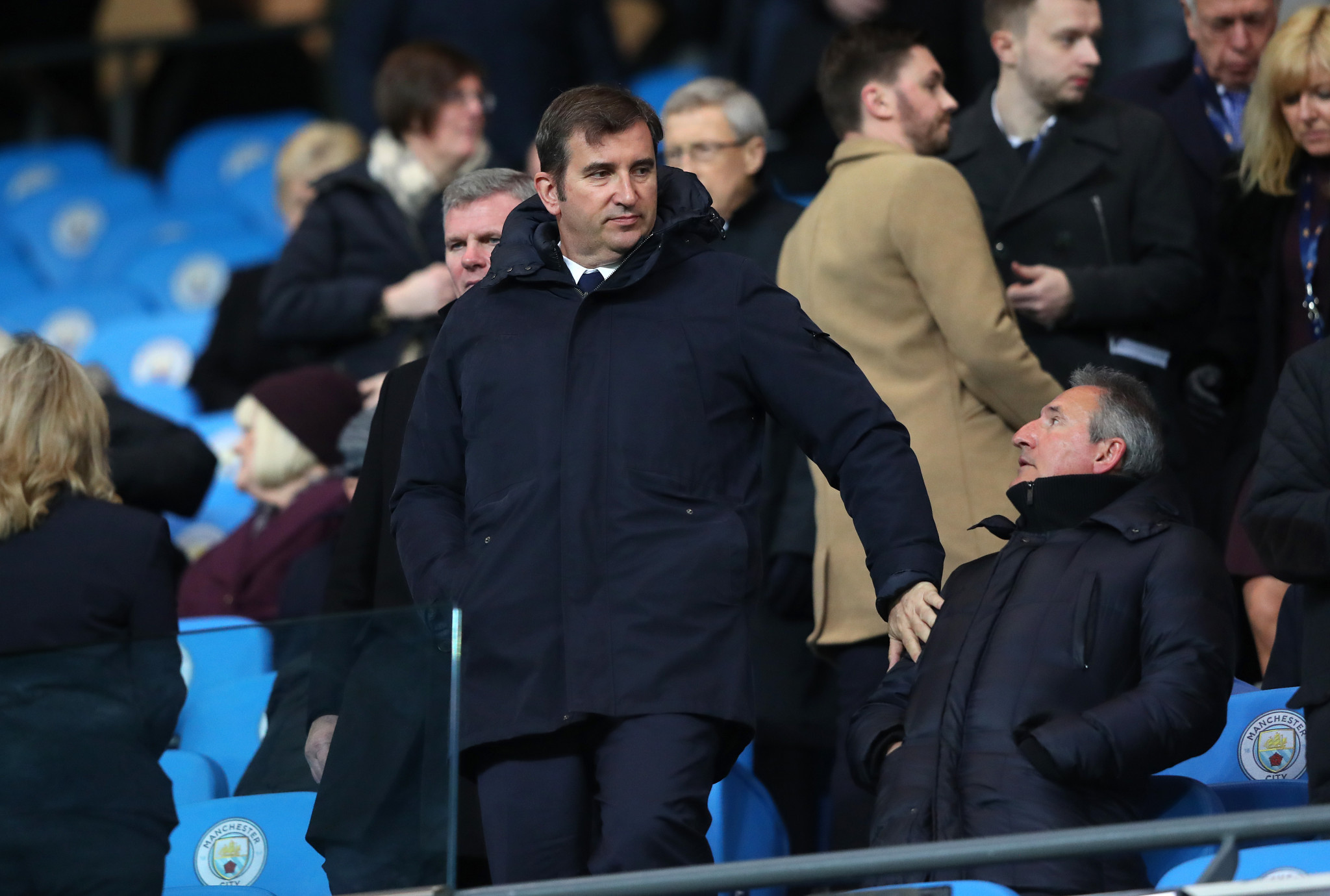 Last Friday (February 14), Premier League champions City were banned from playing in the UEFA Champions League for the next two seasons and fined €30 million (£25.1 million/$32.4 million).

The decision was made by the Adjudicatory Chamber of the UEFA Club Financial Control Body (CFCB) and is subject to appeal to the Court of Arbitration for Sport (CAS).

Soriano addressed the ban for the first time in an in-house interview on City's website.

"The fans can be sure of two things," he said.

"The first one is that the allegations are false.

"And the second is that we will do everything that can be done to prove so."

The Adjudicatory Chamber of the UEFA CFCB said it had found City had committed serious breaches of the UEFA club licensing and FFP regulations by "overstating its sponsorship revenue in its accounts and in the break-even information submitted to UEFA between 2012 and 2016", adding that the Abu Dhabi-owned club "failed to cooperate in the investigation".

City immediately expressed a desire to appeal to CAS and said in a statement that they were "disappointed but not surprised" by the announcement.

In response to the allegations of overstating its sponsorship revenue, Soriano said: "The owner has not put money in this club that has not been properly declared.

"We are a sustainable football club, we are profitable, we don't have debt, our accounts have been scrutinised many times, by auditors, by regulators, by investors and this is perfectly clear."

Soriano also claimed City were "considered guilty before anything was even discussed" on "every step of the way".

"We did cooperate with this process," the Spaniard said.

"We delivered a long list of documents and support that we believe is irrefutable evidence that the claims are not true.

"It was hard because we did this in the context of information being leaked to the media in the context of feeling that every step of the way, every engagement we had, we felt that we were considered guilty before anything was even discussed.

"At the end, this is an internal process that has been initiated and then prosecuted and then judged by this FFP chamber at UEFA."

Soriano, however, insists this is untrue, saying: "We provided the evidence but in the end this FFP investigatory chamber relied more on out-of-context stolen emails than all the other evidence we provided of what actually happened and I think it is normal that we feel like we feel.

"Ultimately, based on our experience and our perception, this seems to be less about justice and more about politics."

Soriano said the club was hoping for an "early resolution" through a "thorough process and a fair process".

"My best hope is that this will be finished before the beginning of the summer and until then for us, it is business as usual," he added.

"All we are looking for is a proper adjudication in an independent and impartial body that is going to take the time to look at all the evidence and look at it without preconception."