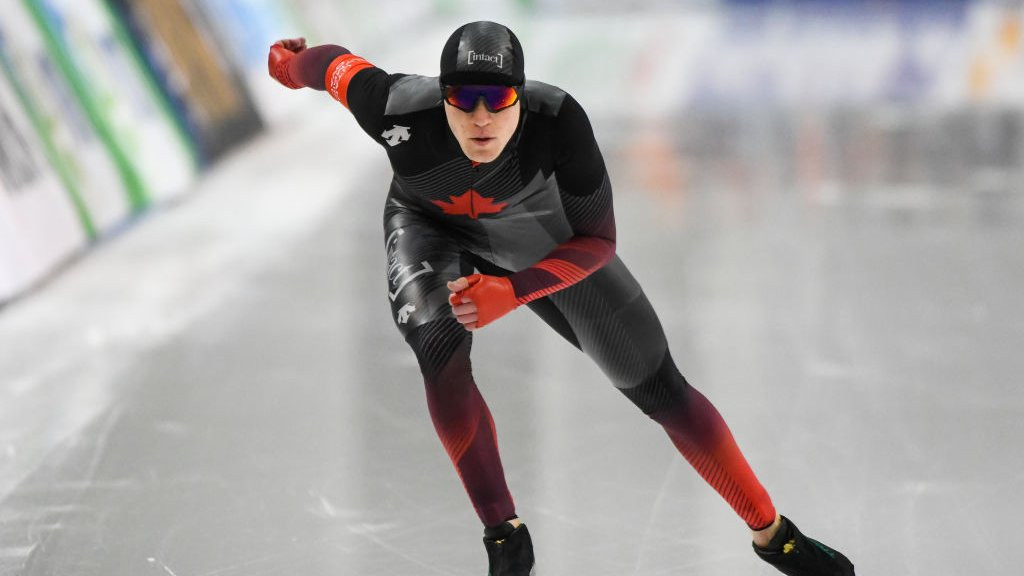 The 22-year-old won in a time of 12min 33.86sec, bettering the previous record held by silver medallist and compatriot Ted-Jan Bloemen, who added another medal to his tally after winning the 5,000m on day one.

Germany's Patrick Beckert picked up his third world medal - all bronze - two seconds behind Bloemen and just ahead of The Netherlands' Jorrit Bergsma, with half a second separating them.

"I wasn't really focused on skating a world record, I was just doing what I was doing the whole year," Fish said.

"After my starting time I knew that I was in the wheelhouse [for a world record] and I didn't know exactly how close I was.

"But once I started building the high 29 second laps my coach was saying ‘world record, world record’ and that was when I knew [I had to] keep doing what I did."

It was not the only world record broken on the day as the women's team pursuit record fell again.

Japan's Ayano Sato, Miho Takagi and Nana Takagi broke their own world best to take the gold in 2:50.76.

The trio last broke the record in 2017, with Canada having held it for eight years before that.

The Netherlands took the silver medal ahead of Canada, who held off Russia for the bronze.

Japan would also win the women's 500m, with Nao Kodaira winning her second World Championships title in the distance and her sixth world medal in six years.

The Olympic champion in the distance would clock a time of 36.69sec ahead of Russian duo Angelina Golikova and Olga Fatkulina who took silver and bronze.

In the men's equivalent, Russia would get the better of Japan as Pavel Kulizhnikov made up for his crash in the team sprint to win gold in 33.72.

Team-mate Ruslan Murashov won his fifth World Championships medal with silver, with Japan's Tatsuya Shinhama ensuring Russia would not take all the medals, holding off fourth-placed Viktor Mushtakov by 0.02 seconds.