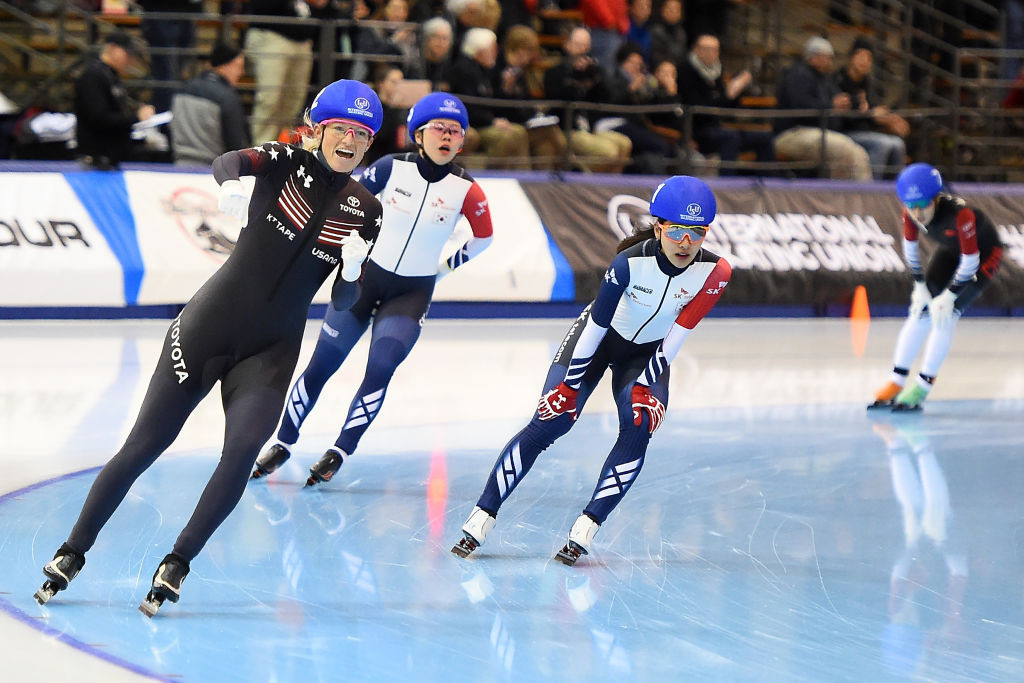 The American triumphed on home ice in the women's mass start at Pettit National Ice Center to add to her 3,000 metres title from yesterday.

Canada's Lindsey Kent attacked with three laps to go but it was Kilburg-Manganello, an Olympic bronze medallist in the team pursuit at Pyeongchang 2018, who came out on top after a tactical battle.

Kent had to settle for fifth place.

"That kind of stretched things out and allowed me to open my legs up a little bit," Kilburg-Manganello said.

"The Korean [Park] came around and jumped both the Canadian and myself, which worked out perfectly because I did not want to take the lead just yet.

"I followed her around, and out of the last corner I was able to come around."

Only athletes from outside of Europe are eligible to compete at Four Continents skating events.

It was a golden day for the United States in the women's races as Brianna Bocox claimed the 1,500m title.

She clocked 1min 57.17sec to win after a difficult few months which included the loss of her grandmother and a non-fatal heart attack for her coach.

Nadezhda Morozova of Kazakhstan won her second silver medal of the event in 1:57.89 after she was also second in the 3,000m.

The Olympic bronze medallist over the distance ended in 1:44.57.

Jess Neufeld of Canada collected silver in 1:45.99 and his team-mate Jake Weidemann managed bronze in 1:46.50.

"I'm in good condition, but not a hundred per cent because of the time difference between Korea and the USA.

"I arrived in Milwaukee only six days ago."

Um Cheon-ho won the men's mass start, leading a 1-2 for his nation in front of Chung Jae-Won.

The event finishes tomorrow with the men's and women's 1,000m events, and the two team pursuits.