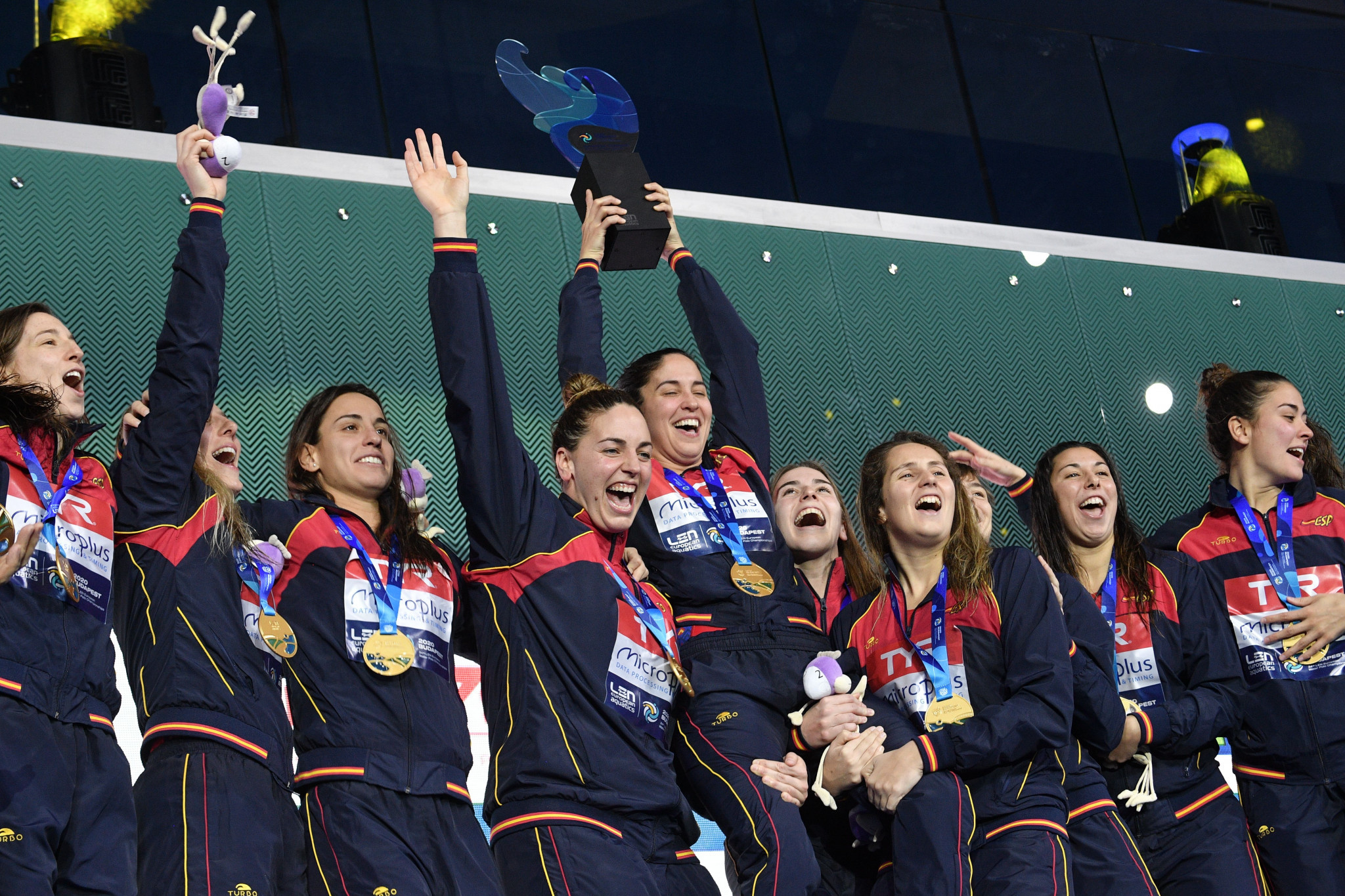 The Spanish side edged past Russia 13-12 in an extremely close encounter at the Hungarian capital's Danube Arena.

Russia then launched a last-gasp comeback, with Ekaterina Prokofyeva and Alena Serzhantova making it 13-12 with 22 seconds to go.

Spain held out to ensure the gold medal, however.

It was Spain's second European title, having previously triumphed in 2013.

The victory also came just months after they claimed a World Championships silver medal in Gwangju.

Earlier in the day, hosts Hungary won 10-8 against the Dutch defending champions to claim the bronze medal.

Italy secured fifth place with a 7-5 result against Greece, while France recorded a more comfortable 17-8 victory against Slovakia.