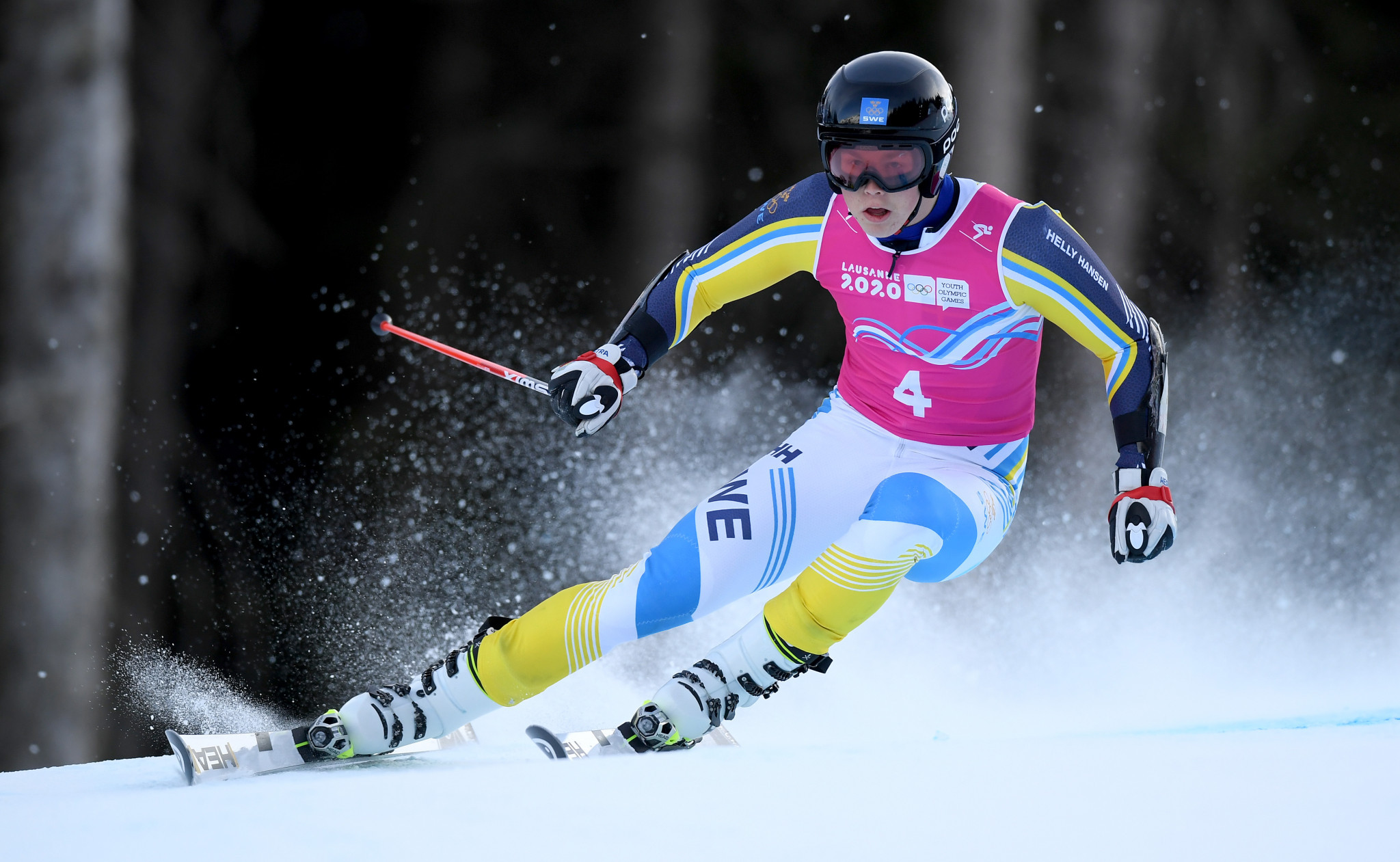 Hofstedt stated the competition with the aim of adding to the super-G title he earned on the opening day of the Youth Olympics.

The 17-year-old registered a time of 36.08 seconds to top the leaderboard after the opening run of the competition.

He enjoyed an advantage of 0.73 over Edoardo Saracco of Italy at the midway point, while giant slalom champion Philip Hoffmann of Austria rounded off the top three.

Hofstedt had missed out on a giant slalom medal yesterday, when a slower second run saw him drop out of podium contention.

A repeat was avoided in the slalom, as he recorded the third-quickest time in the second run, with his effort of 40.02 extending his overall lead in the competition.

An overall time of 1 min 16.10sec saw Hofstedt earn his second gold by a comfortable margin.

Switzerland's Luc Roduit rose to the silver medal position, with the local skier finishing 1.32 seconds off the winner's time.

Saracco held on to take bronze, as the Italian completed the event in 1:17.78.

There was further success for Sweden in the women’s event, with Sahlin emerging as the champion.

A close contest for the gold medal unfolded with Sahlin ending the first run 0.03 seconds behind leader Lena Volken of Switzerland.

Their positions would switch after the second run, with Sahlin rising to the top of the standings.

The Swedish skier celebrated gold, finishing the competition in an overall time of 1:29.82.

Volken was forced to settle for the silver medal with 1:30.00.

Lara Klein secured Germany's first medal of the Games, as her effort of 1:30.25 proved enough to secure bronze.