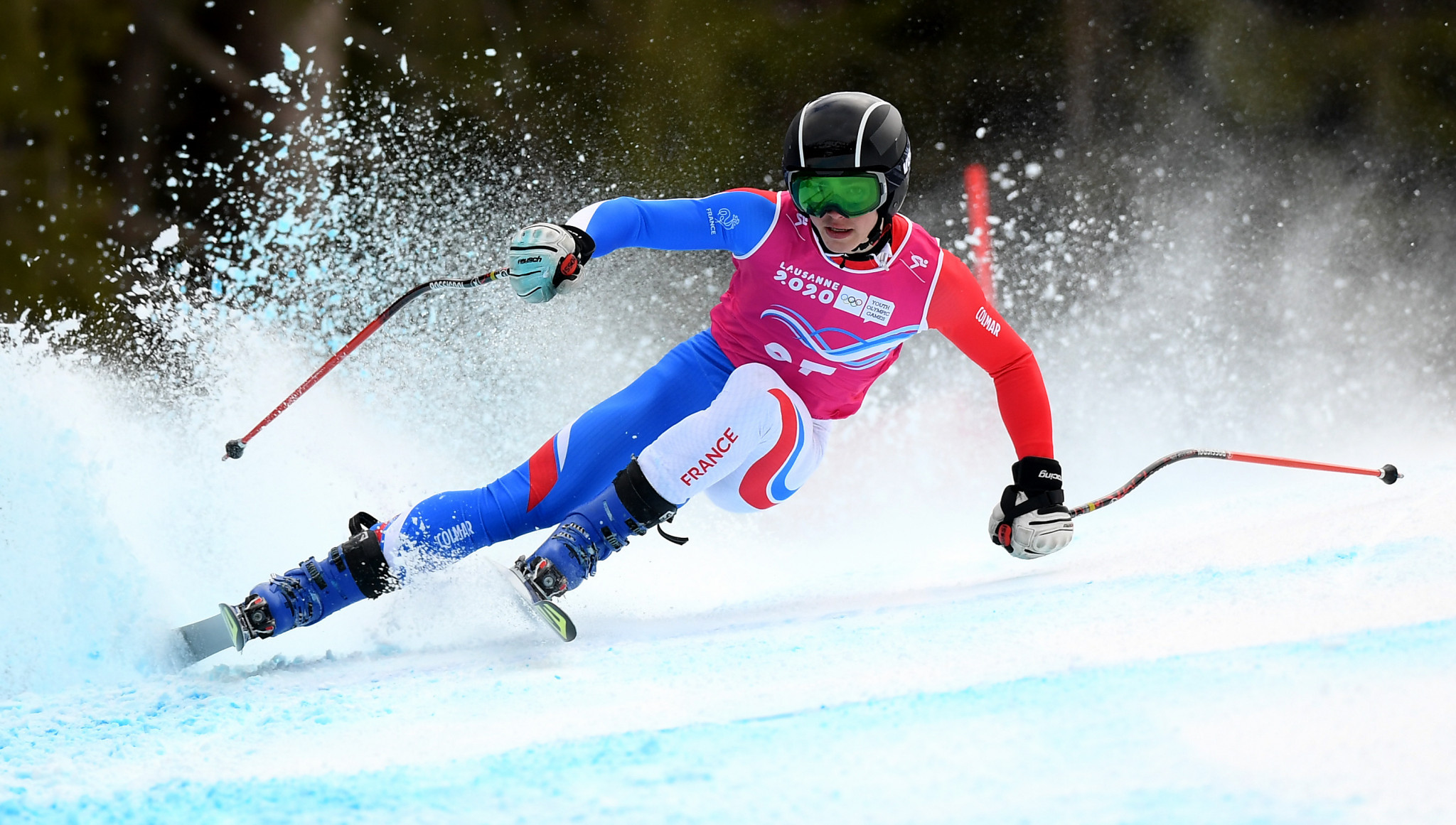 Competition resumed at the halfway point, with the super-G times carrying over from yesterday's event.

Adam Hofstedt was unable to repeat his success, as slalom specialists were able to close the gap to the Swedish skier in the men's event.

Remsoey, who placed sixth in the super-G, achieved a time of 33.37 seconds in the slalom event to finish with an overall time of 1min 28.41sec.

His slalom time was only bettered by Aulnette, who crossed the line in 33.14.

No silver medal was awarded, due to the joint first place.

Hofstedt added bronze to his super-G triumph, with his slalom effort of 34.13 enough to end with an overall time of 1:28.69.

In the women's competition, Salzgeber had high-profile supporters in her corner as the Austrian skier took to the slope.

The 17-year-old was supported by parents Anita Wachter and Rainer Salzgeber.

Wachter claimed gold in the women's alpine combined event at the Calgary 1988 Winter Olympics, while Salzgeber was the 1993 World Championship silver medallist.

Their daughter had missed out on a medal in the Sup by a narrow margin, after finishing in fourth place.

Salzgeber posted the second-fastest slalom time of the competition to ensure she did not miss out on a medal again, crossing the line in 37.34.

The overall time of 1:33.74 ultimately gave Salzgeber gold by a comfortable margin.

"Last night mum said it was possible, I just had to push the whole course," she said.

"I felt really great from the first gate.

“For sure I feel the pressure, but she always says she was her and I am me and I have to do my own thing."

She improved to the silver medal today by finishing the competition in an overall time of 1:34.69.

The home favourite finished the competition in 1:34.85.