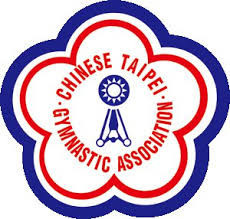 A rhythmic gymnastics coach from Chinese Taipei has been banned from participating in any International Gymnastics Federation (FIG) activities and other international events until 2025 for repeated violent behaviour.

Ning Ya Kuo has been sanctioned by the Disciplinary Commission of the Gymnastics Ethics Foundation (GEF) following incidents that occurred at the 2019 Senior Asian Championships in Pattaya in June.

It has ordered Ning to undertake training in relation to good practice in behavioural awareness and the safeguarding of children and young persons.

This is to be arranged and supervised by the Chinese Taipei Gymnastics Association (CTGA) during the period of her exclusion.

Ning has also been ordered to undergo a 12-month period of monitoring by a person appointed by the CTGA, commencing on January 1, 2025.

Reports on both the training and monitoring are to be sent to the FIG and the GEF by the CTGA.

Furthermore, Ning has been ordered to pay the GEF’s costs for the proceedings.

She has a right to appeal against the decision to the FIG Appeal Tribunal, within 21 days of receiving notification.

Former Swiss President Micheline Calmy-Rey was confirmed as President of the Council of the GEF last February, when the new safeguarding panel's ruling body held its first meeting in Lausanne.

The GEF was given formal approval by the FIG at its Congress in Baku in December 2018.

The GEF was set up following the sexual abuse scandal which rocked the sport in the US and saw former USA Gymnastics team doctor Larry Nassar jailed for 175 years for abusing dozens of gymnasts under the guise of medical treatment.