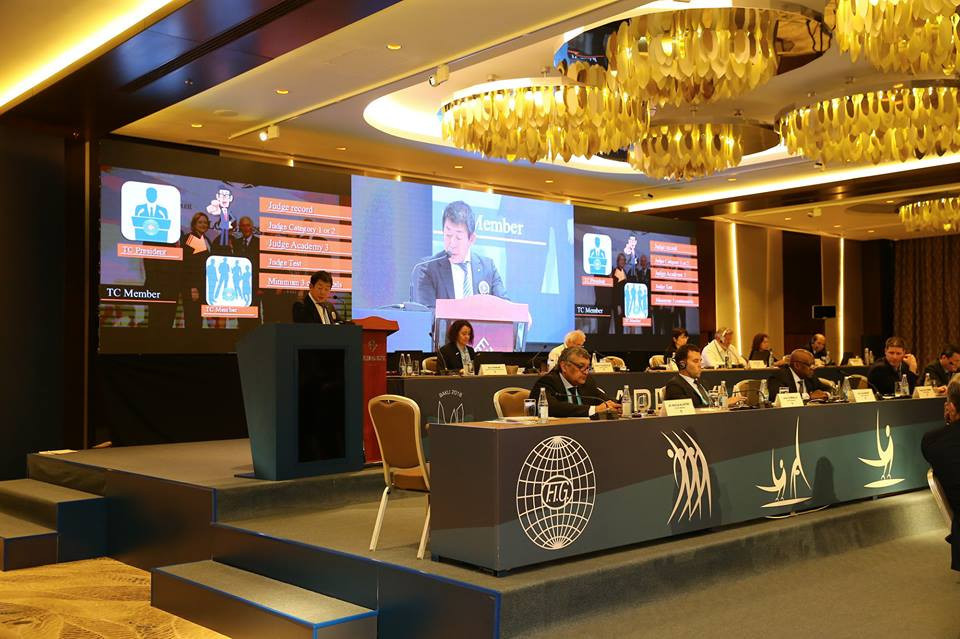 The Congress of the International Gymnastics Federation (FIG) has approved the creation of a Gymnastics Violence Prevention Foundation at its meeting in Azerbaijan’s capital Baku, it has been reported.

The creation of such a body was first suggested by FIG President Morinari Watanabe in February of this year, following the USA Gymnastics scandal involving former team doctor Larry Nassar.

Last year the 55-year-old was found guilty of sexually abusing dozens of US gymnasts under the guise of medical treatment and is now serving up to 175 years in prison.

Hundreds of current and former gymnasts have since come forward as victims, while USA Gymnastics and the United States Olympic Committee have both faced criticism over what they knew and whether the abuse could have been prevented.

Following on from Watanabe’s suggestion, a Gymnastics Ethics Foundation was reportedly approved by the Congress today.

According to Russia's official state news agency TASS, the Foundation "will not depend on the FIG", but devote itself fully to the fight against oppression.

To do so it will reportedly be divided into three parts.

The first, "protection", will include a support service for athletes to report any cases of harassment.

An assessment would then be conducted, and legal advice provided if necessary.

The second will be a disciplinary section, which will unite the two pre-existing sanctioning bodies, the Disciplinary Commission and the Appellate Tribunal.

The third will be a compliance section, monitoring good governance and ethical compliance.