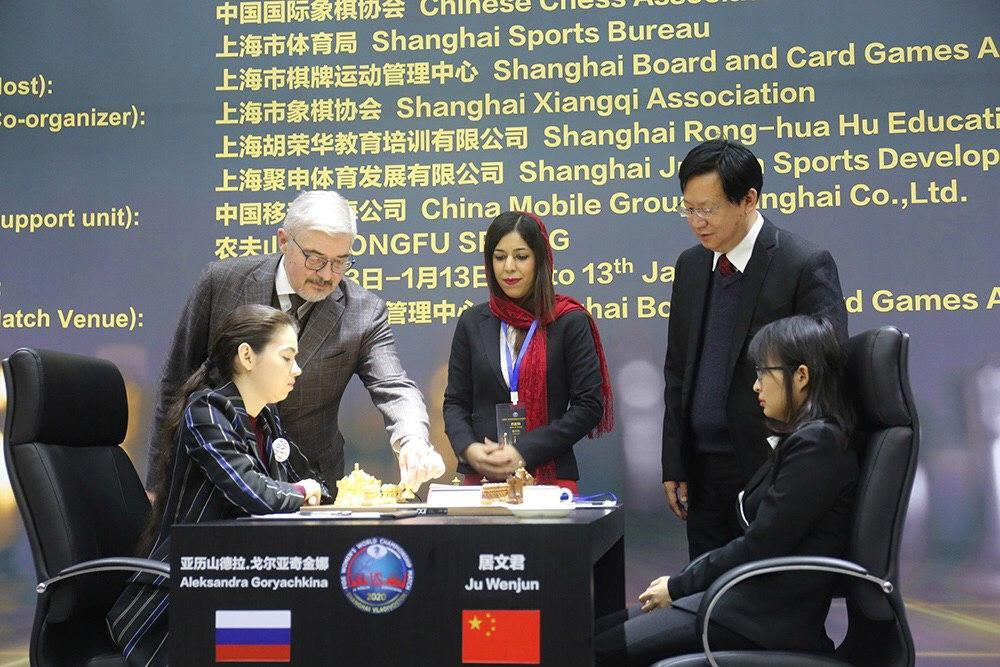 The players are due to face-off in six games at the Shanghai Chess Center from today until January 12.

The second-half of the Championship - the remaining six rounds - are due to be played in Russia's Pacific port city Vladivostok at the Far Eastern Federal University from January 16 to 23.

A tie-break, if needed, and the Closing Ceremony are scheduled to be held in Vladivostok on January 24.

At the beginning of the match, the President of the Chinese Chess Federation E Jiangshan and the Consul General of the Russian Federation in Shanghai, Alexander Shmanevsky, made a symbolic move.

The second game between 28-year-old Ju and Goryachkina is due to be held tomorrow.

Tuesday (January 7) is scheduled to be a rest day.

Women's World Championship Match is off to a great start: 5½ hours of play and 97 moves before the draw was agreed in the first game.

The Women's World Championship was established by the International Chess Federation in 1927 as a single tournament held alongside the Chess Olympiad.

The winner of that tournament, Vera Menchik, did not have any special rights as the men's champion did and had to defend her title by playing as many games as all the challengers.

She died as defending champion at the age of 38 when, in 1944, along with her sister Olga and her mother, she was killed by a German V-1 flying bomb attack which destroyed their home in London.

When the Championship resumed in 1950 following the conclusion of World War Two, it was dominated by players from the Soviet Union, who held the title until 1991 before China's Xie Jun won it.

She remained champion until 1996.

Since then, eight Chinese players have won the title, including Ju, when she beat compatriot and defending champion Tan Zhongyi.

Since the break-up of the Soviet Union, the only Russian to have won the title was Alexandra Kosteniuk, who held it between 2008 and 2010.