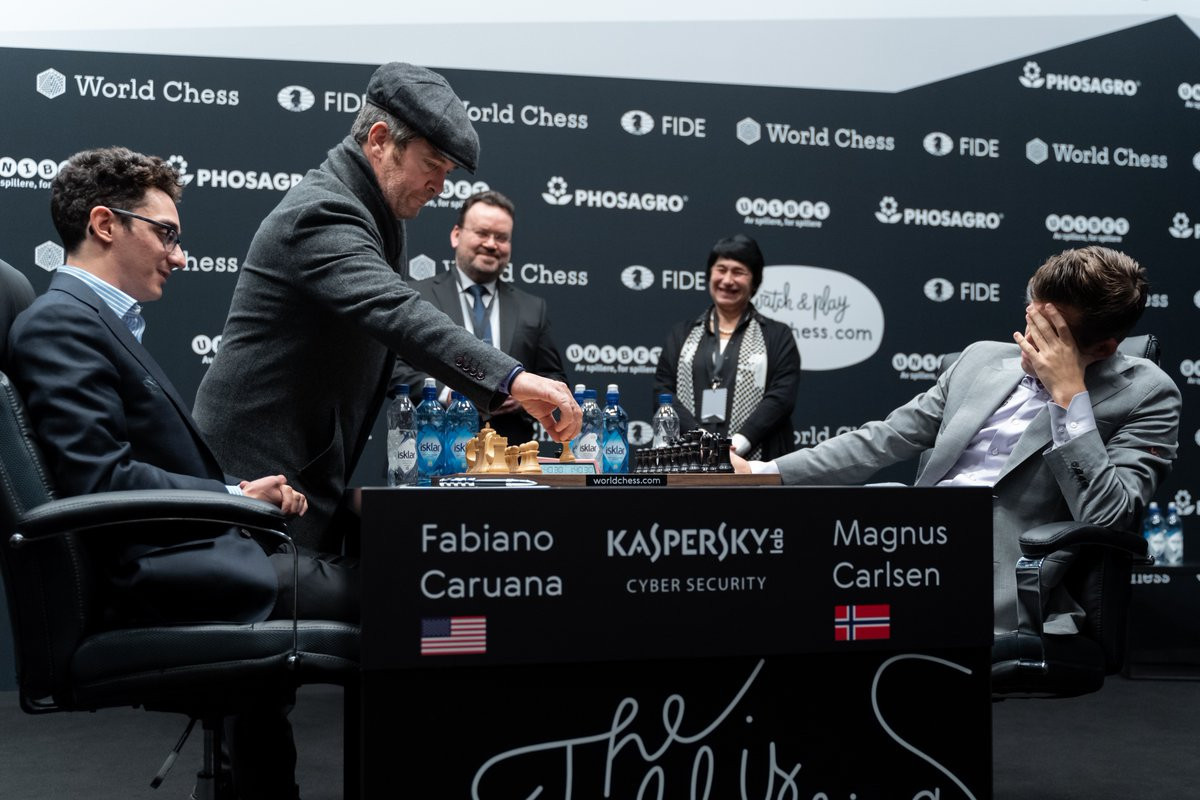 The pair played to a 54-move tie in five hours and 19 minutes at The College in Holborn in London.

Following a rest day tomorrow, the match is due to resume on Saturday (November 24).

If the match is tied after 12 games, a succession of tie-break methods will be employed.

The first will be four rapid games - 25 minutes for each player - after which the player with the best score will be the winner.

If the match is still tied, the players will take part in up to five mini-matches of best-of-two blitz games - taking five minutes each.

The player with the best score in any two-game blitz match will be the winner.

If a winner is still to be found, the match will go to a single, sudden-death "Armageddon" game, with white being given five minutes and black four minutes.

In the case of a draw, the black will be declared the winner, with players drawing lots to have the right of choosing which colour they want.

The tie-break will be played tomorrow with Ju having the white pieces.

It will start with two games with rapid time control; 25 minutes and 10 seconds per move.

If the match is still tied, it will continue with two slow blitz games; 10 minutes and 10 seconds per move.

After that, if the winner is still not determined, two 5+10 blitz games will follow.

Finally, if those matches are still all square, the contest will proceed to an "Armageddon" game.