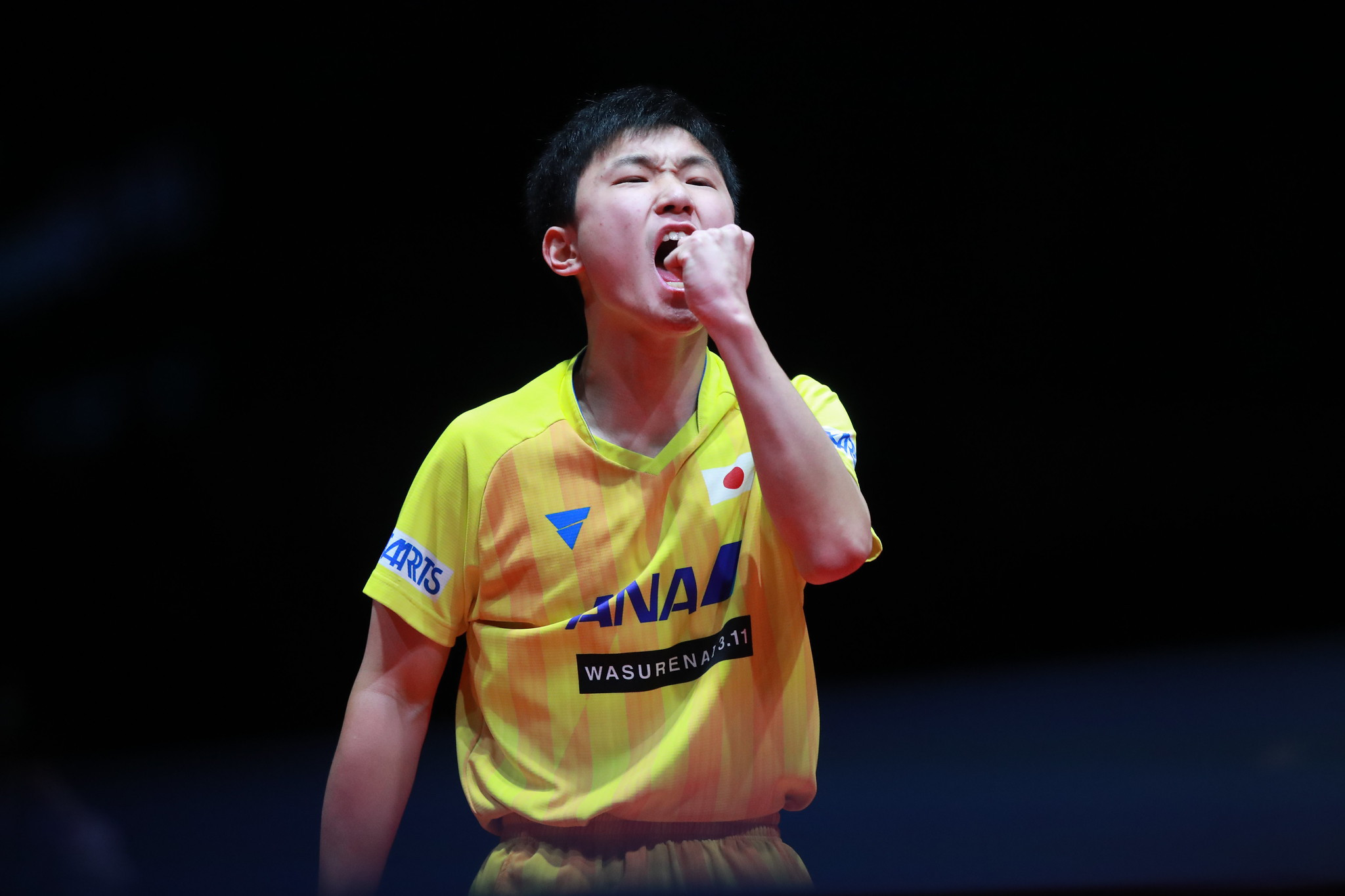 The World Tour Grand Finals, which start tomorrow in Zhengzhou, China, will feature not just the finest table tennis players on the planet - including defending men's and women's champions Tomokazu Harimoto and Chen Meng - but also a new system of video reviewing.

Officials will have the authority to overturn the original decision if necessary.

An ITTF release added: "TTR will be implemented by Chinese technology firm RigourTech, selected by the ITTF following a tender process in August 2019 and which has already conducted three successful days of behind-the-scenes tests at the 2019 ITTF Men's World Cup between November 29 to December 1 in Chengdu, China.

"Should the full-scale implementation at the ITTF World Tour Grand Finals prove successful, the ITTF will be looking to ensure that TTR features at more top-tier events in 2020."

Vicky Eleftheriade, the ITTF Competition Director, said: "The ITTF is constantly seeking ways to improve and modernise the sport of table tennis and we see TTR as one way of bringing about positive change, by providing a mechanism to help settle unclear cases which might have been interpreted incorrectly by umpires or the other way around; correctly interpreted by umpires but doubtful in players' perception.

"If we are able to reduce the human error or uncertainty, which can naturally occur in all sports, through a fair, transparent and effective system, we believe this will benefit the players, fans and officials themselves, as has been achieved in a number of sports already.

"In this regard, we don't see why table tennis should be any different."

Japanese prodigy Harimoto became the youngest player to win this title last December, at the age of 15.

While Harimoto starts with a match against Germany's Patrick Franziska, home player Fan Zhendong, the 2017 winner, meets Germany's veteran Timo Boll, who won this event in 2005.

The general picture is the same in the women's singles, where China's Chen Meng is seeking a third consecutive title and facing a field that contains her compatriots and predecessors as champion - Zhu Yuling, who won in 2016, and Rio 2016 champion Ding Ning, winner in 2015.

Tokyo 2020 Olympic Games places will be on offer in the mixed doubles, with top seeds Wong Chun Ting and Doo Hoi Kem of Hong Kong starting their campaign against Slovakians Lubomir Pistej and Barbora Balazova.

Japanese duo Mima Ito and Jun Mizutani are vying to earn their Olympic spot on home soil, when they meet France's Tristan Flore and Laura Gasnier.

Meanwhile, second seeds Lin Yun-Ju and Cheng I-Ching of Chinese Taipei must navigate their way past Adam Szudi and Szandra Pergel of Hungary.