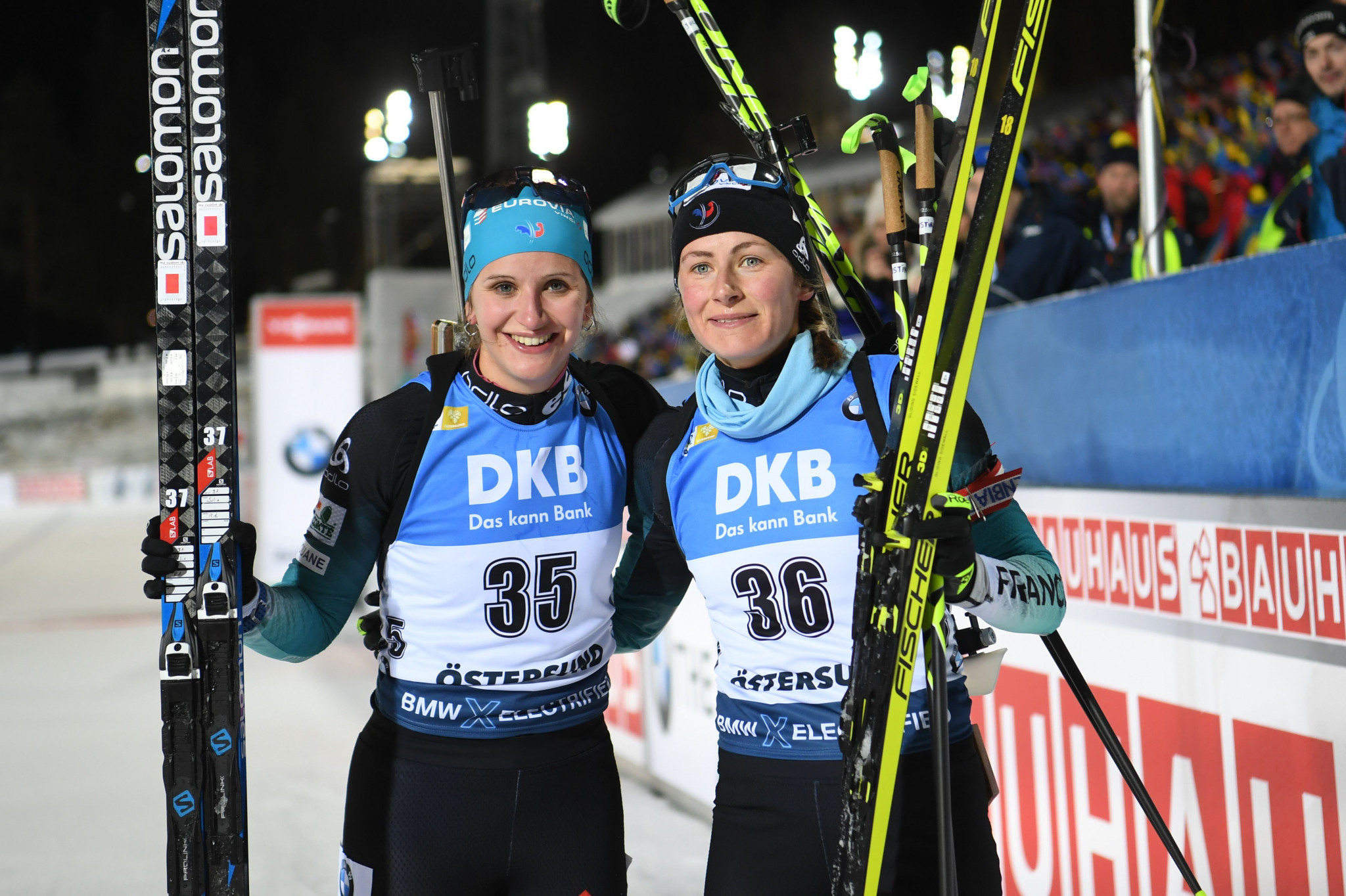 After picking up two first-stage penalties, Braisaz closed the next 15 targets as she triumphed in 42 min 35.1sec.

Ukraine's Yuliia Dzhima, the only competitor in the field to shoot clean, finished 11.1 seconds back in the runners-up spot.

Third place went to Braisaz's team mate Julia Simon, who was 17.7 seconds behind with two penalties.

Braisaz's win came after a disappointing 83rd-place finish, with six penalties, in the women's 7.5km sprint on Sunday (December 1).

That event was won by Italy's defending overall World Cup champion Dorothea Wierer, who could only finish in seventh place today after clocking up three penalties.

Congratulations to @FedFranceSki Justine Braisaz, Ukraine’s Yuliia Dzhima and another French Julia Simon who proved to be the best in challenging #OST19 conditions. Don’t forget that you can rewatch the entire individual competition on https://t.co/MSJYx30KUx pic.twitter.com/Tx4FEQWBV9

"I decided to take lots pleasure today because it was awful four days ago with six mistakes, and thought about stopping my career," Braisaz said.

"I knew I had good legs today; I knew it on the first loop.

"I did not panic after the prone shooting.

"I said 'Justine, keep focused; take pleasure like you did before'.

"It was so nice to race with Julia; she kept my mind focused."

Action in Östersund is due to continue on Saturday (December 7) with the men's 4x7.5km relay competition.