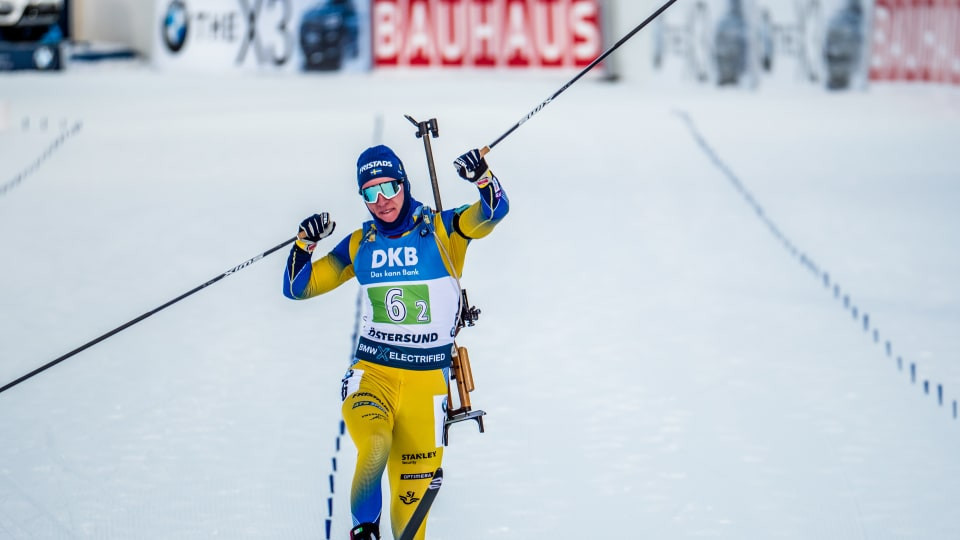 The Swedish pair amassed two penalties, but took gold after finishing 18.1 seconds in front of the German duo of Erik Lesser and Franziska Preuß.

Samuelsson's shooting on the final leg proved crucial as he outshot Lesser to earn gold for the hosts.

Marte Olsbu Røiseland and Vetle Sjaastad Christiansen of Norway were a further 22.3 seconds adrift in third.

"It is so great to win in our home place," said Samuelsson.

"This is a great start to the season for us."

After waiting for more #biathlon all summer, fans were clearly not disappointed by the great show put on today in #OST19. Enjoy these highlights and remember, we are back live tomorrow on https://t.co/MSJYx30KUx pic.twitter.com/FEnvfDlhLf

The Italian quartet finished in one hour 5min and 56.61sec to claim the first relay bragging rights of the season.

Ingrid Landmark Tandrevold, Tiril Eckhoff, Tarjei Bø and Johannes Thingnes Bø of Norway were second, 4.1 behind.