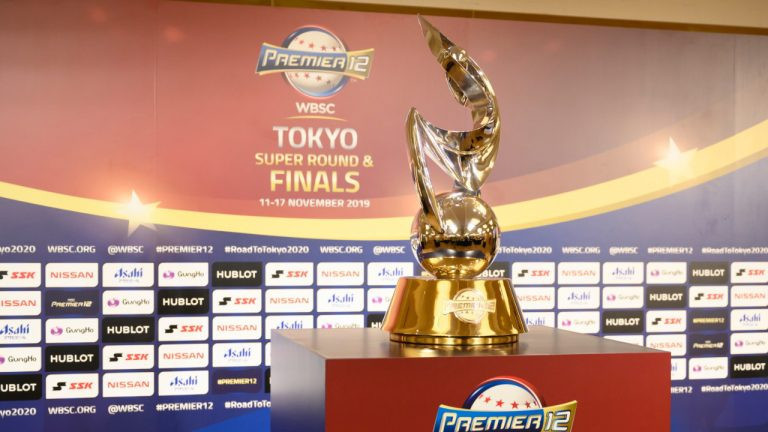 The World Baseball Softball Confederation (WBSC) has predicted the second edition of its flagship Premier12 tournament will break the broadcast records set at the inaugural event.

Coverage of the 2019 Premier12 began across the world with the first matches yesterday, with the event running due to conclude on November 17.

There is plenty riding on the tournament taking place in Japan, Mexico, Taiwan and South Korea as two sides will qualify for baseball's Olympic return at Tokyo 2020.

Only the top 12 sides in the men's baseball world rankings qualify for the Premier12, which was first won in 2015 by South Korea.

"Coverage of the second edition of the WBSC Premier12, which will award $5.2 million (£4 million/€4.6 million) in prize money, will be in six languages and include partnerships with major broadcasters in Asia, Europe, North and South America, and, for the first time, Oceania," the WBSC said.

"Also, for the first time ever, WBSC has partnered with Facebook in an agreement that will see all 32 Premier12 games live-streamed in the US exclusively on the social media giant's platform.

"With the new and expanded partnerships, coverage of the 2019 WBSC Premier12 is set to eclipse that of the inaugural edition, which generated $131 million (£100 million/€117 million) in brand exposure and had a potential global broadcast reach of 253.7 million households in 2015."

As well as Facebook in the US, broadcast partners of the event include TBS, TV Asahi, J Sports and SportsNavi in Japan and Claro in Latin America.

SBS has the rights in South Korea while the Olympic Channel is showing games in Europe.

An app and online shop have also been launched to coincide with the tournament.

Baseball is returning to the Olympic stage at Tokyo 2020 after being axed following Beijing 2008.