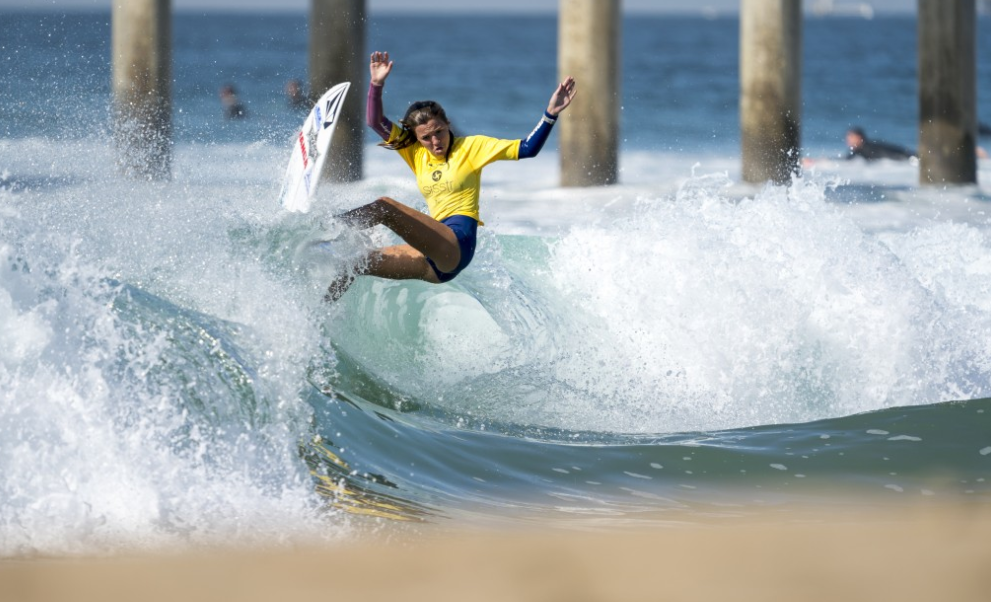 A total of 342 surfers are competing at the event, crowning the top junior surfers in under-16 and under-18 categories.

ISA scholarship ambassadors came to the fore, including Nicaragua's Candelaria Resano, who made it through her girls u-16 Main Event heat.

"I was happy to know that the ISA is looking out for young surfers around the world, not just for surfing, but education as well," Resano said.

"It's important to know how to balance out surfing and school because they are both equally as important."

Conditions at Huntington Beach Pier were good, with increased swell and offshore winds, and the French surfers took advantage.

In the boys' competition, Kyllian Guerin topped the u-16 standings with an event-high heat total of 15.97, while Tiago Carrique scored 15.17 in the u-18s.

American Sawyer Lindblad became the first surfer to crack the nine-point mark for a single wave, scoring a left-hander worth 9.07 points.

"Today the u-18 and u-16 girls moved over onto the broadcasted north podium and showed their world-class talent to a global audience.

"The girls even managed to earn the highest wave scores of the day."

Each nation can field a team of up to 12 competitors, consisting of three under-18 men's and women's athletes.

Three under-16 surfers can also be named for both genders.

Surfers compete individually, but will also earn points which add to the overall team total.