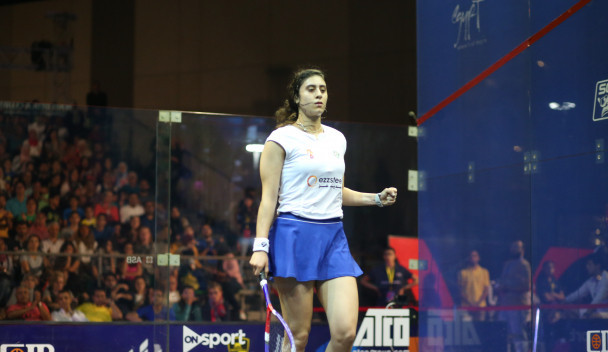 Egypt's Nour El Sherbini will return from injury to defend her title at the Professional Squash Association (PSA) Women's World Championship on home soil in Cairo this week.

El Sherbini has not competed since winning the women's singles title at the World Championships in Chicago in March because of a knee injury.

The 23-year-old will aim for a fourth world title at the tournament in the Egyptian capital, hosted in front of the Giza Pyramids.

El Sherbini is seeded second for the event behind compatriot Raneem El Welily, seeking to regain a title she last claimed in 2016.

El Welily is the one to beat, and will bid to continue her strong season so far, which has included victory at the Oracle NetSuite Open in San Francisco.

US Open champion Nouran Gohar and China Open winner Nour El Tayeb are among the other Egyptians who could challenge.

World number three Camille Serme of France will lead the European charge, while New Zealand's Joelle King and England's Sarah-Jane Perry will also hope to end the recent Egyptian domination of the event.

The competition, which concludes next Friday (November 1), begins with the first round tomorrow.