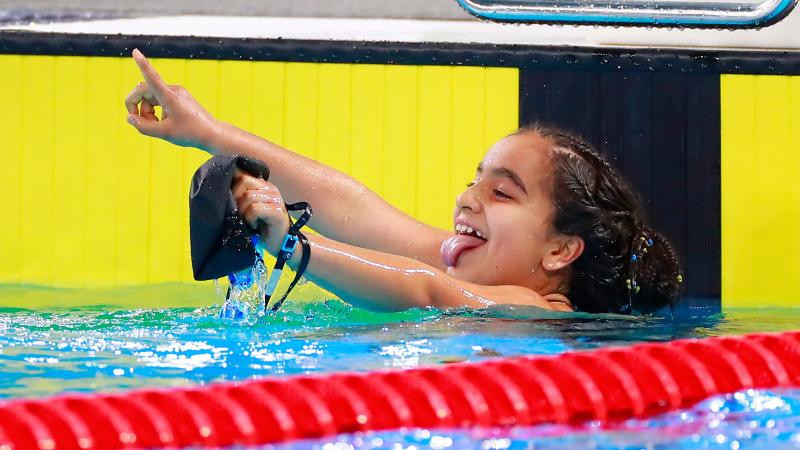 Vargas, from Colombia, was Lima 2019's youngest athlete but was a huge sensation in the pool, winning four golds and one silver.

"The truth is I don't think about the age, only about how much I’ve practised to be here," she said during the Games.

"It's never too early or too late to dream big."

Vargas received 43.51 per cent of the public vote in a close contest with Chilean table tennis player Tamara Leonelli, who received 42.71 per cent.

Leonelli of Chile claimed the honour of being the first gold medallist of Lima 2019 after taking the title in the women's class five.

Mexican powerlifter Amalia Perez finished in third with 5.49 per cent, as she bounced back after a disappointing performance at the 2019 World Championships to win the Parapan title in the women's up to 55 kilograms.