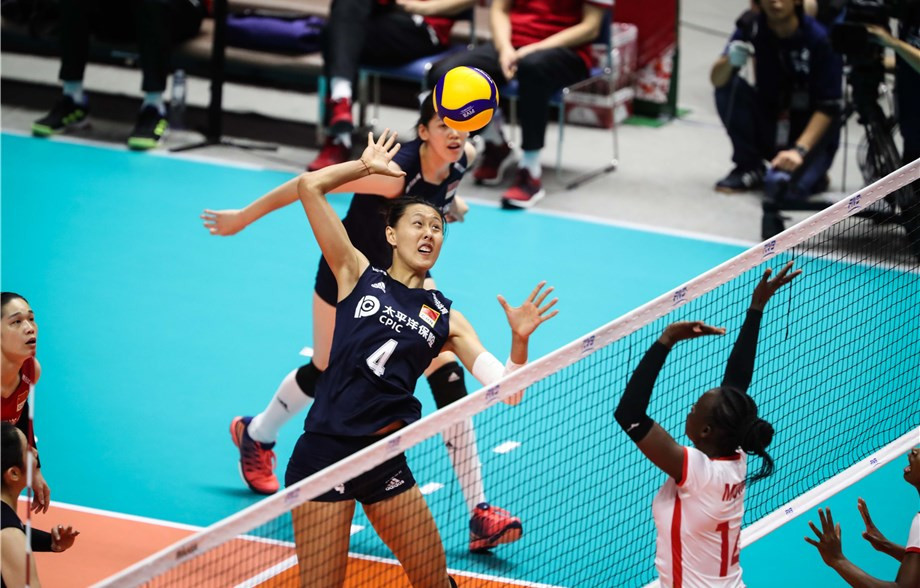 China moved a step closer to defending their International Volleyball Federation Women's World Cup title by claiming their eighth win out of eight in Japan.

With the Africans having lost all of their games so far, the Chinese took the opportunity to give youngsters a run-out.

They duly rose to the task as Xiangyu Gong led the way with 13 points.

All 12 sides at the competition face each other in one round-robin group, with the table-toppers declared winners.

The Chinese success today at the Hokkaido Prefectural Sports Center means they backed up their crucial win over United States yesterday.

They beat the Americans in straight sets in a battle between two sides who had 100 per cent records at the start of the day.

China have dropped only two sets across all of their World Cup matches.

"Today was a good opportunity for our young players to play," said China coach Lang Ping.

"It is important for them to collect experience.

"We have to concentrate on The Netherlands next – they are one of the top teams in Europe.

"I hope our younger players learned a lot and also from our opponents.

"In major competitions, it is difficult to get opportunities for them to learn the atmosphere.

"It took until around the third set today for them to find their rhythm."

It moves them to a record of won seven, lost one, which they share with Russia.

Argentina recorded a second win as they beat winless Cameroon after recovering from two sets down.

There are now two days without play as the World Cup moves to two venues in Osaka, where the round-robin will be completed.