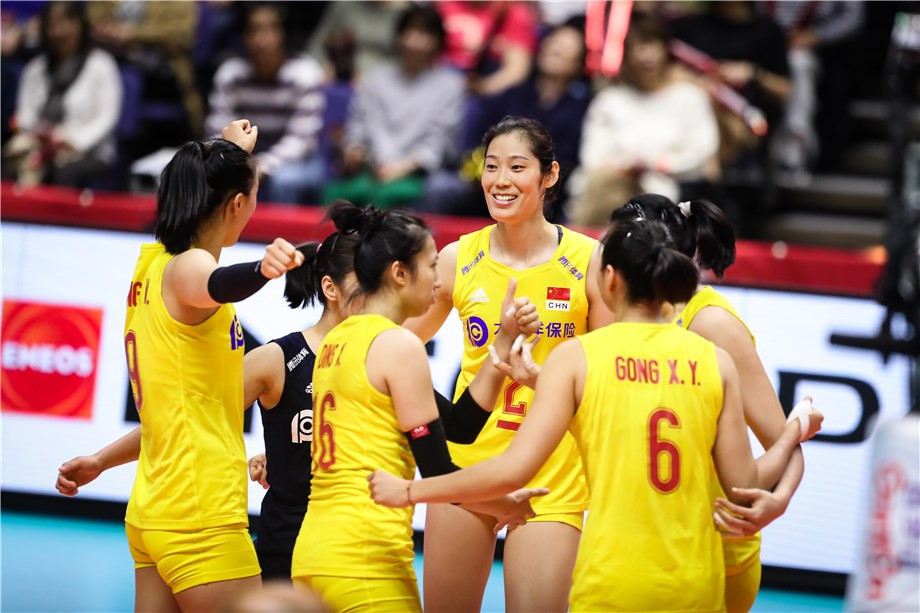 In a clash of the only two unbeaten teams at the tournament, China won 25-16, 25-17, 25-22 at Hokkaido Prefectural Sports Center in Sapporo.

The result handed China a seventh consecutive win and cemented their position at the top of the second round standings.

Zhu Ting was the star of the show for the Chinese team as she racked up 23 points in a superb individual display.

The tournament continues with another six matches tomorrow.