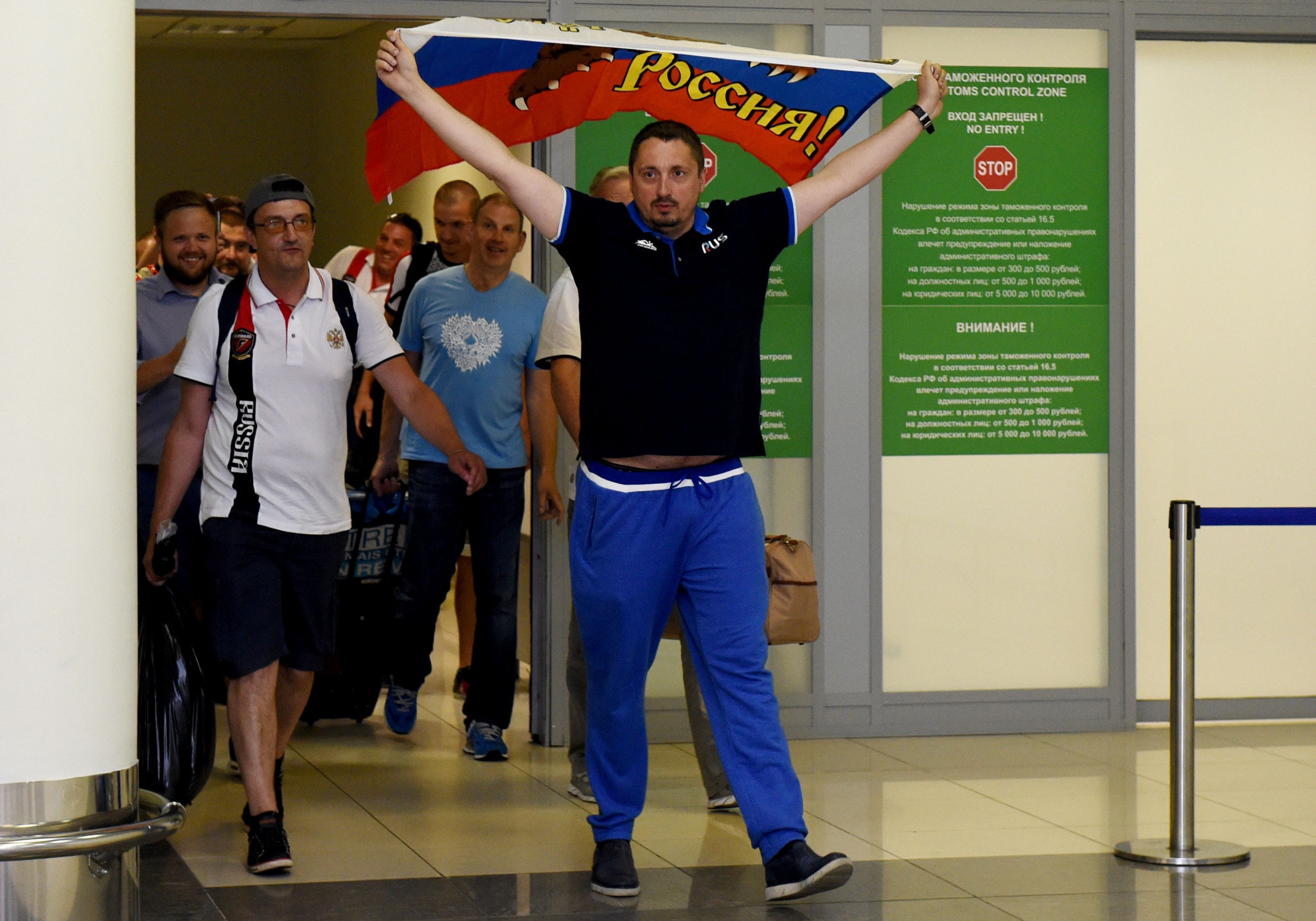 Shprygin is a former member of the Russian Football Union (RFU) Executive Committee, as well as having headed the All-Russia Supporters Association.

FIFA confirmed the adjudicatory chamber of their Ethics Committee had found Shprygin guilty of discrimination in violation of the FIFA Code of Ethics.

He was sanctioned over "media statements and content published on social media in 2014 and 2015".

The Russian has been handed a two-year ban from taking part in any football-related activities at national and international level.

The official was twice deported from the 2016 European Championships in France for his involvement in violent scenes which marred the event.

He was first sent home from France in June, before he re-entered the country later on at the tournament, only to be deported again.

Russian fans were involved in violent clashes with England supporters in Marseille during the competition.

Shprygin was one of 20 Russian fans deported from France after the clashes.

Three Russians were sentenced to prison terms from one to two years.

The incidents led to the RFU cutting ties with the All-Russia Supporters Association and Shprygin.

Shprygin was banned from attending matches at the 2017 Confederations Cup and 2018 World Cup, which were both held in Russia.