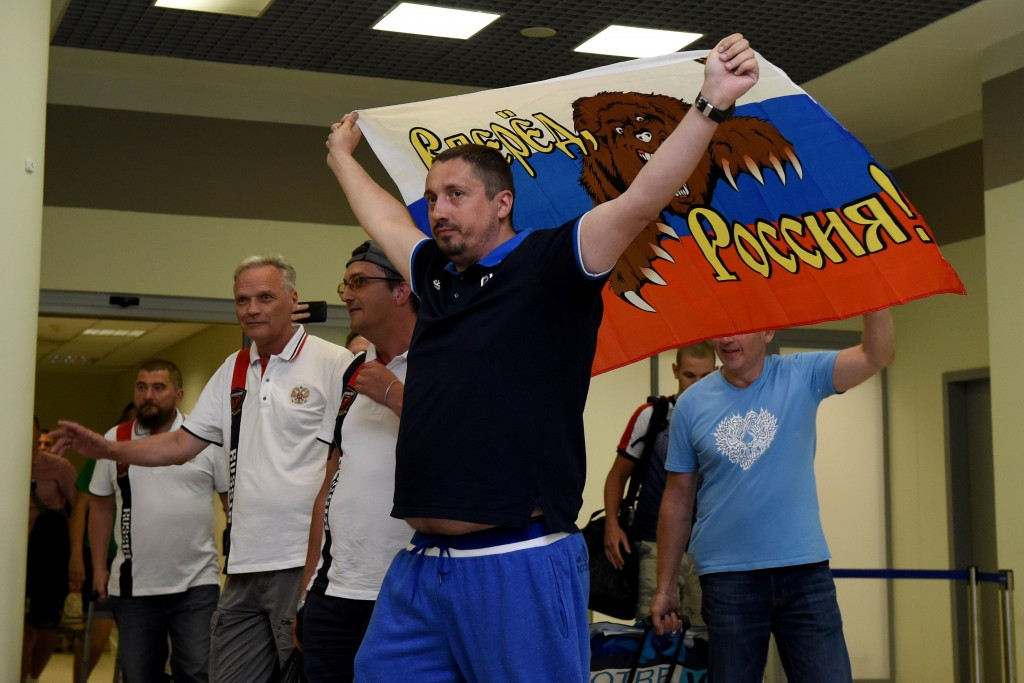 Organisers of the ongoing Confederations Cup have blocked a Russian fan group leader from attending matches at the tournament after they cancelled his "fan-ID".

Alexander Shprygin, who was deported from last year's European Championships in France for his involvement in violent scenes which marred the event, claimed to Reuters that no-one had given him a reason for the decision.

The fan-ID is a requirement for all fans to watch games at the competition, used as a warm-up for next year's World Cup in Russia.

It is designed to ensure those associated with hooliganism and fan violence at football matches are unable to gain access to stadiums.

Shprygin, who was depicted in a BBC documentary which detailed the scenes of supporter unrest at Euro 2016, also claimed many others had had their fan-ID revoked.

He missed the opening match of the tournament in Saint Petersburg on Saturday (June 17), where the host nation beat New Zealand 2-0.

"No-one explained the reasons for this," Shprygin told Reuters.

"They gave me a fan-ID and then two hours [before the match] they cancelled it, apparently on purpose so I don't have the time to complain."

Shprygin is known to the authorities after he was first sent home from France in June of last year, before he re-entered the country later on at the tournament, only to be deported again.

Russian fans were involved in violent clashes with England supporters in Marseille during the competition.

The incidents sparked further fears about hooliganism at the Confederations Cup and the World Cup in 2018.

Measures have been introduced by the Russian Government as part of a crackdown on hooligans.

According to Reuters, the Interior Ministry has blacklisted 292 fans.

There is also an increased security presence at the eight-team tournament, which concludes on July 2.

More than 23,000 staff members of Russia’s Emergencies Ministry have been deployed for the event to help with security at all matches.

"To ensure security of events at the Confederations Cup, a group of forces and means of Russia’s Emergencies Ministry consisting of more than 23,000 people, around 2,000 pieces of equipment and 66 aircraft is involved," a spokesperson from the Ministry told Russia's state news agency TASS.

In April, a terrorist attack in Saint Petersburg killed 15 people after an explosive device was planted in a suitcase on the city's metro transport service.